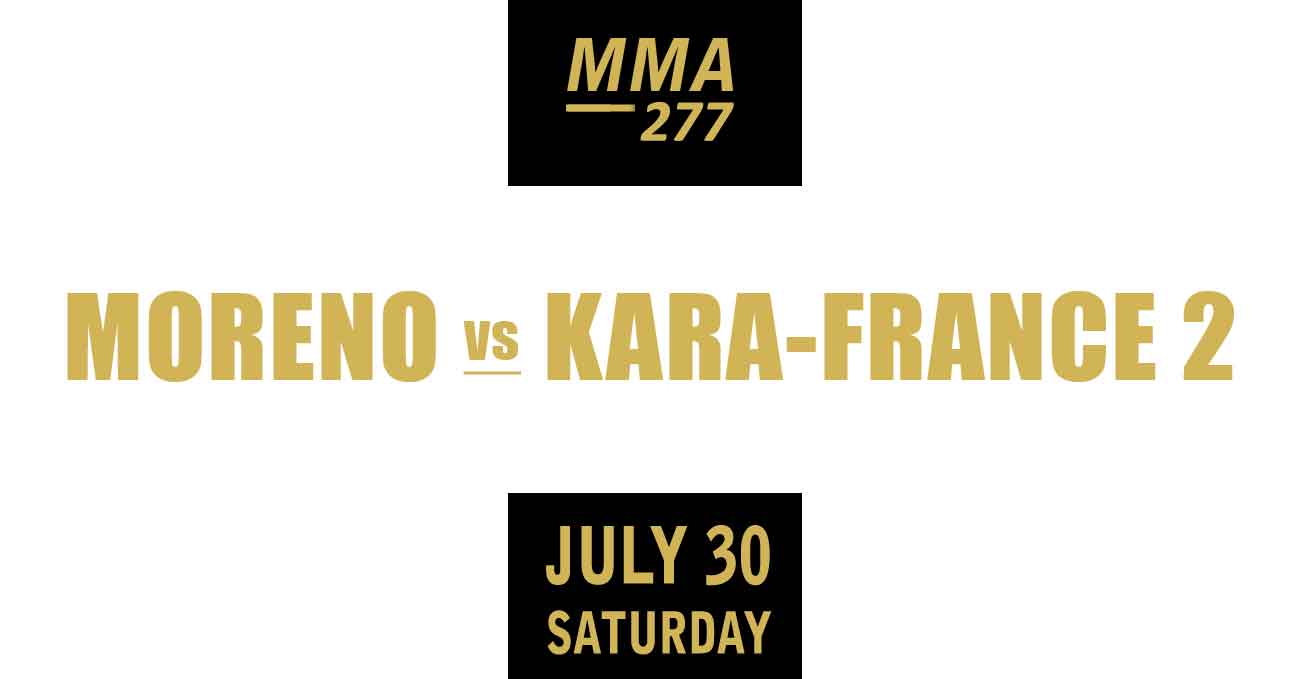 Review by AllTheBestFights.com: 2022-07-30, pretty good finish but the rest of the fight was not so exciting: the mma bout Brandon Moreno vs Kai Kara-France 2 gets two stars (UFC Fight of the Night – take a look at our ranking of the Best Mma Fights of 2022).
In their first match Moreno defeated Kara-France via unanimous decision (December 14, 2019); this second fight is scheduled to take place Saturday, July 30th, at the American Airlines Center in Dallas (Texas, United States), in a 5-round flyweight (125 lbs, 57 kg). It is valid for the UFC flyweight championship title and it is on the undercard of Julianna Pena vs Amanda Nunes 2 – UFC 277. Watch the video and rate this fight!

Before the bout take place, you can watch the UFC 277 countdown and discover the fight card.