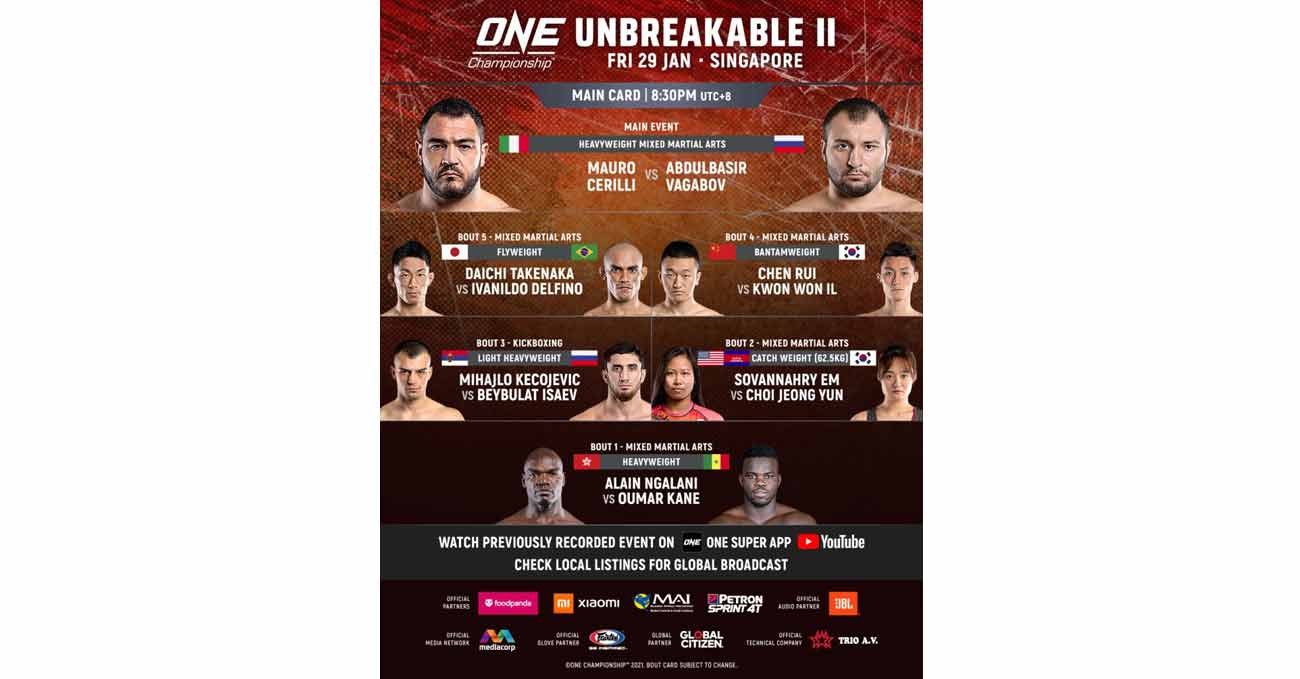 Review by AllTheBestFights.com: 2021-01-29, tough exchanges and spectacular finish: Beybulat Isaev vs Mihajlo Kecojevic is one of the best kickboxing fights of the year 2021 and it gets four stars!
The WMC muay thai world champion Beybulat Isaev entered this fight with a professional kickboxing record of 19-5-0 while his opponent, Mihajlo Kecojevic, has an official record of 13-1-0. Isaev is not ranked as he hasn’t fought since September 6, 2019 when he lost to Anderson Silva but unfortunately we don’t have other info about these two kickboxers. Kecojevic vs Isaev is on the undercard of Mauro Cerilli vs Abdulbasir Vagabov – ONE Championship: Unbreakable 2. Watch the video and rate this fight!