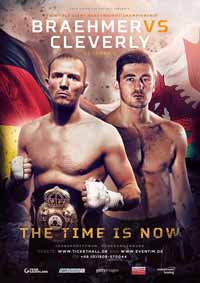 Review by AllTheBestFights.com: 2016-10-01, close fight but not so exciting: Enrico Koelling vs Ryno Liebenberg gets two stars.

Enrico Koelling entered this fight with a pro record of 21-1-0 (6 knockouts) and he is ranked as the No.35 light heavyweight in the world. His only loss occurred last year when he faced Mirco Ricci (=Koelling vs Ricci), after this bout he has won five bouts beating Oleksandr Cherviak in 2016.
His opponent, Ryno Liebenberg, has an official boxing record of 17-3-0 (12 knockouts) and he entered as the No.32 in the same weight class but he lost three out of his last four bouts, against Eleider Alvarez in 2014 (=Alvarez vs Liebenberg), Thomas Oosthuizen in 2015 and Erik Skoglund in 2016. Koelling vs Liebenberg is valid for the WBA Inter-Continental light heavyweight title; undercard of Juergen Braehmer vs Nathan Cleverly. Watch the video and rate this fight!