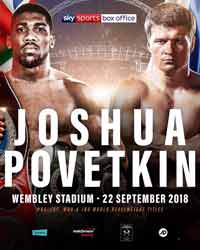 Review by AllTheBestFights.com: 2018-09-22, fight not so exciting between Sergey Kuzmin and David Price: it gets two stars.

The undefeated Sergey Kuzmin entered this fight with a perfect record of 12-0-0 (9 knockouts) and he is ranked as the No.29 heavyweight in the world. In his last three fights he has collected two victories, against Malcolm Tann and Jeremiah Karpency, and one no-contest, with Amir Mansour (Sergey Kuzmin vs Amir Mansour).
His opponent, the former Olympian David Price, has a boxing record of 22-5-0 (18 KOs=82%) and he entered as the No.53 in the same weight class but he lost two out of his last three fights, against Christian Hammer in 2017 (Christian Hammer vs David Price) and Alexander Povetkin in 2018 (Alexander Povetkin vs David Price); between these two bouts he beat Kamil Sokolowski. Kuzmin vs Price is on the undercard of Anthony Joshua vs Alexander Povetkin. Watch the video and rate this fight!