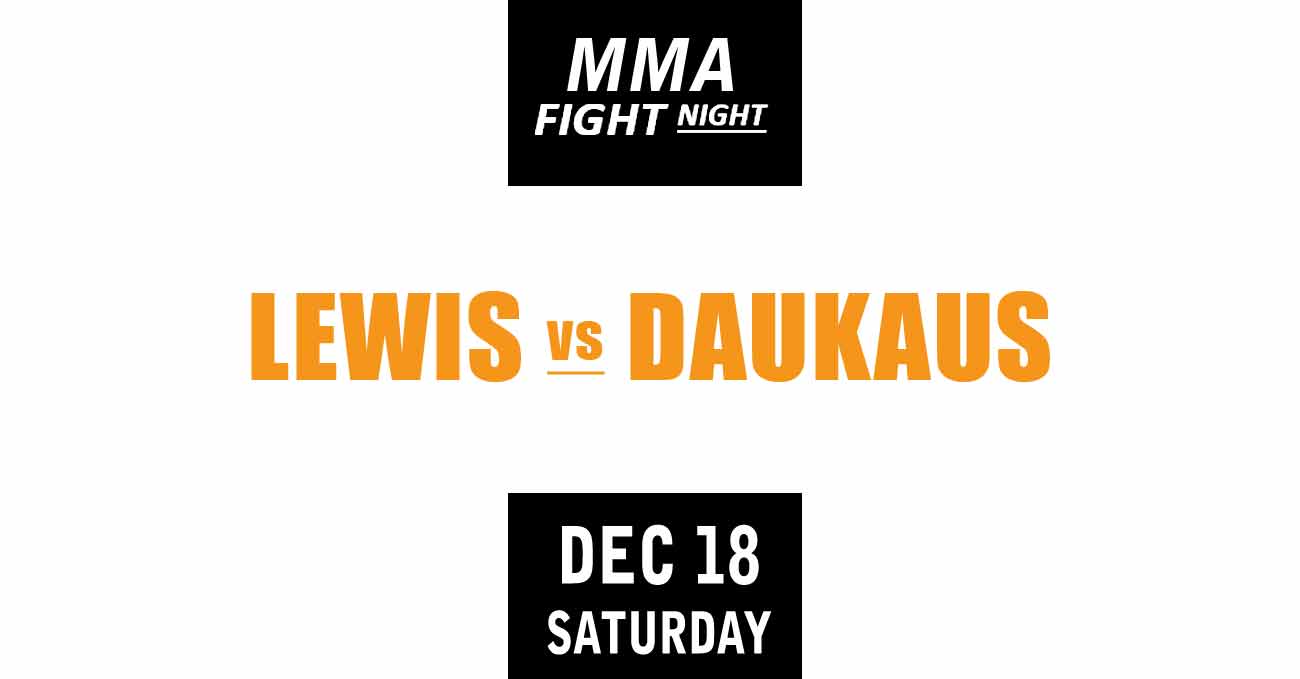 Review by AllTheBestFights.com: 2021-12-18, the mma fight Derrick Lewis vs Chris Daukaus gets three stars only thanks to a good finish (take a look at our ranking of the Best Mma Fights of 2021).
Daukaus vs Lewis is the main event of UFC Vegas 45 (also known as UFC on ESPN+ 57 or UFC Fight Night 199). Watch the video and rate this fight!

His opponent, the black belt in Brazilian jiu-jitsu Chris Daukaus, has a record of 12-3-0 (92% ko/tko victory rate – he has never won via submission) and he entered as the No.14 in the heavyweight division.
He was defeated by Azunna Anyanwu in 2019, but then he has won five consecutive matches beating Rodrigo Nascimento Ferreira, Alexey Oleynik (Alexey Oleynik vs Chris Daukaus) and Shamil Abdurakhimov in his last three (Shamil Abdurakhimov vs Chris Daukaus).