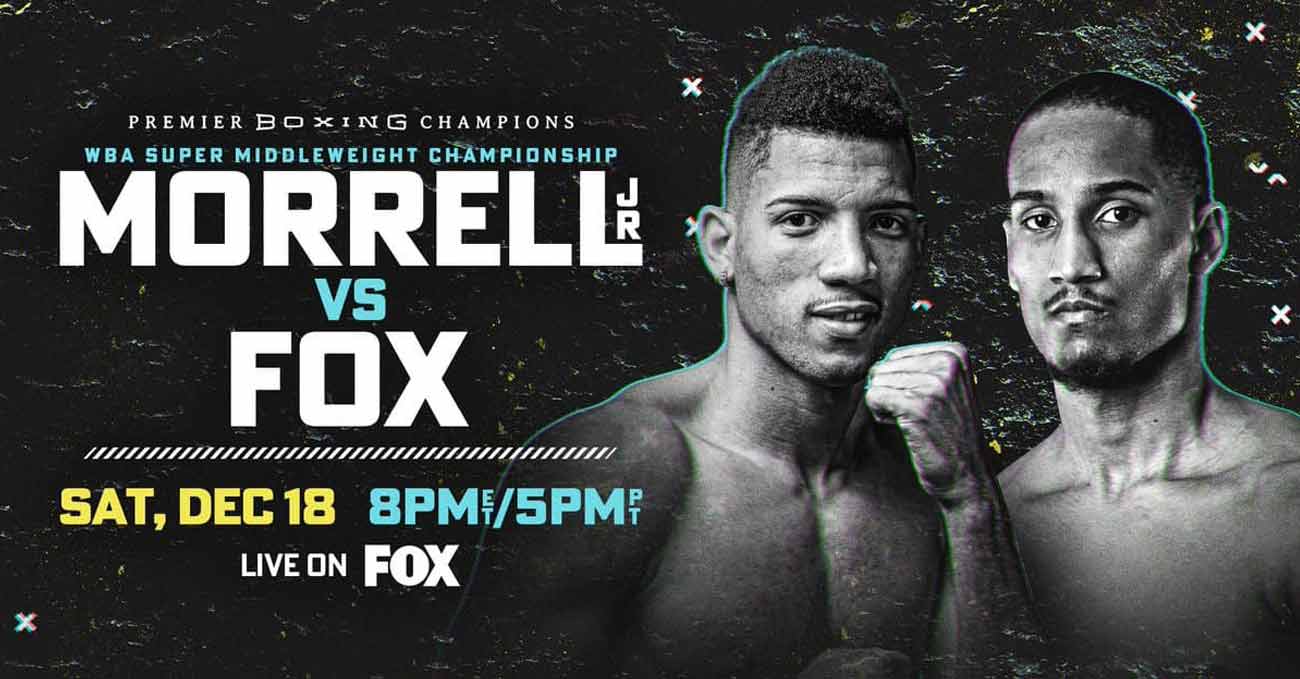 Review by AllTheBestFights.com: 2021-12-18, boxing fight not so exciting: David Morrell vs Alantez Fox gets two stars (take a look at our ranking of the Best Boxing Fights of 2021).
Fox vs Morrell is the main event of the evening and it is valid for the WBA World super-middleweight title (Morrell’s first defense). Watch the video and rate this fight!

His opponent, Alantez Fox, has a boxing record of 28-2-1 (13 knockouts) and he entered as the No.70 in the super middleweight division.
He was defeated by Liam Williams in 2019 (Liam Williams vs Alantez Fox) but then he has collected one no-contest, with Habib Ahmed, and two victories, against Marcos Hernandez and Manny Woods.