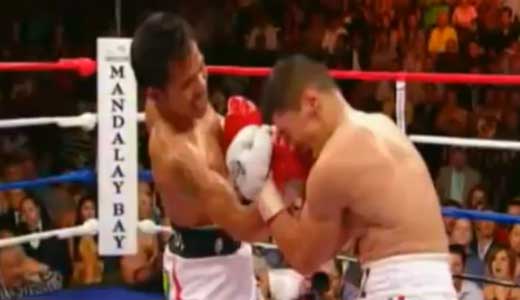 Review: 2008-06-28, like many other fighting of Manny Pacquiao, the one against David Diaz was very nice, one of the best boxing fights of 2008. Manny Pacquiao, after winning a world title in three different categories (flyweight, super bantamweight and super featherweight), tried to win also the WBC lightweight title versus David Diaz. The difference in speed between the two boxers was huge, Diaz said after the match that he did not see the punches of Pacquiao, so the Filipino made him part of boxing’s history as the first Asian boxer to win four world titles in four weight classes! Watch the video!

(This is a free embeddable highlights video hosted on Hbo.com)