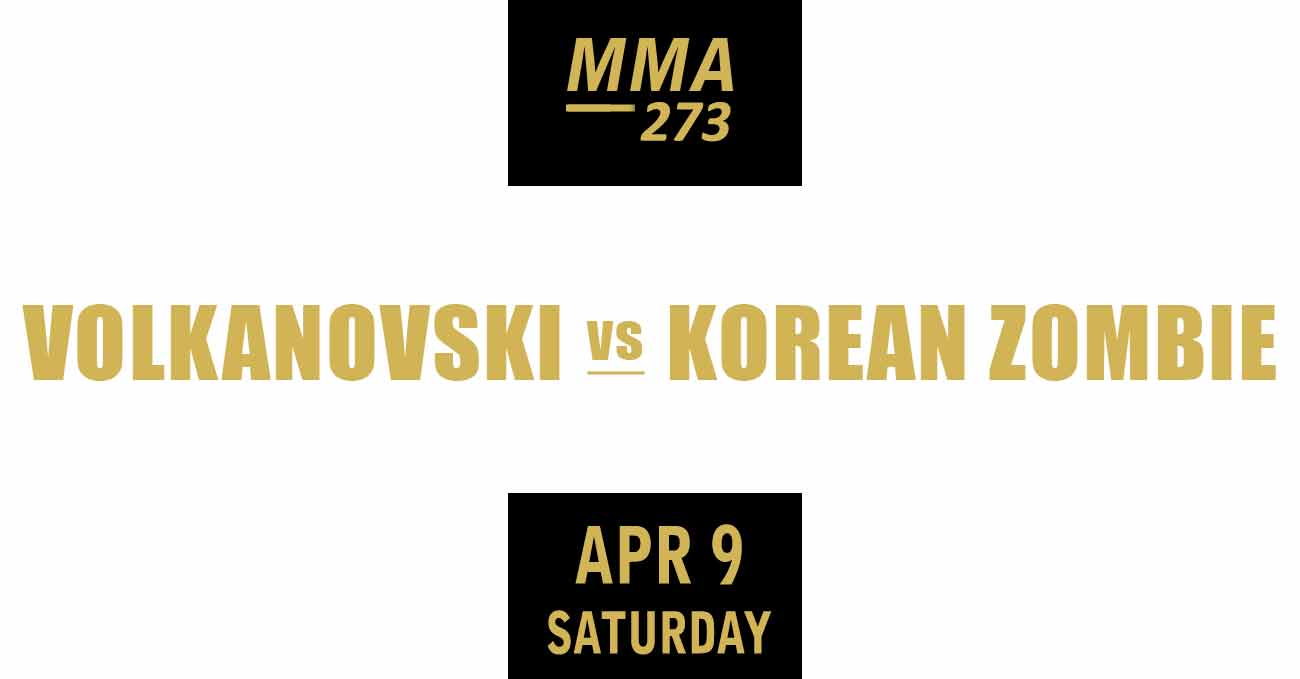 Review by AllTheBestFights.com: 2022-04-09, good mma fight: Alexander Volkanovski vs Chan Sung Jung gets three stars (UFC Performance of the Night – take a look at our ranking of the Best Mma Fights of 2022).
Korean Zombie vs Volkanovski is the main event of the UFC 273 and it is valid for the UFC featherweight title (Volkanovski’s third defense). Watch the video and rate this fight!

His opponent, the black belt in hapkido, tae-kwon-do, Bjj and judo Chan Sung Jung, has an official record of 17-6-0 (82% finishing rate) and he entered as the No.9 in the featherweight division.
He lost to Brian Ortega in 2020 (Brian Ortega vs Chan Sung Jung) but he came back to win with Dan Ige in 2021 (Chan Sung Jung vs Dan Ige).
But if you want to watch Korean Zombie’s best fights, here are two bouts both ranked in the top 10 Users’ mma Fights of the Year: