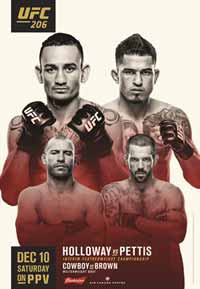 Review by AllTheBestFights.com: 2016-12-10, good start but the rest of the fight was not so exciting: Emil Meek vs Jordan Mein gets two stars.

Emil Weber Meek entered this fight with a record of 8-2-1 (100% finishing rate) and he is ranked as the No.10 welterweight in the world (currently the #1 in this division is Tyron Woodley). He lost to Albert Odzimkowski in 2015, but then he has won three bouts beating Rousimar Palhares in his last one.
His opponent, Jordan Mein, has a mma record of 29-10-0 (79% finishing rate) but he is not ranked as he hasn’t fought since January 31, 2015 when he was defeated by Thiago Alves (=Mein vs Alves). Meek vs Mein is on the undercard of Max Holloway vs Anthony Pettis – UFC 206. Watch the video and rate this fight!