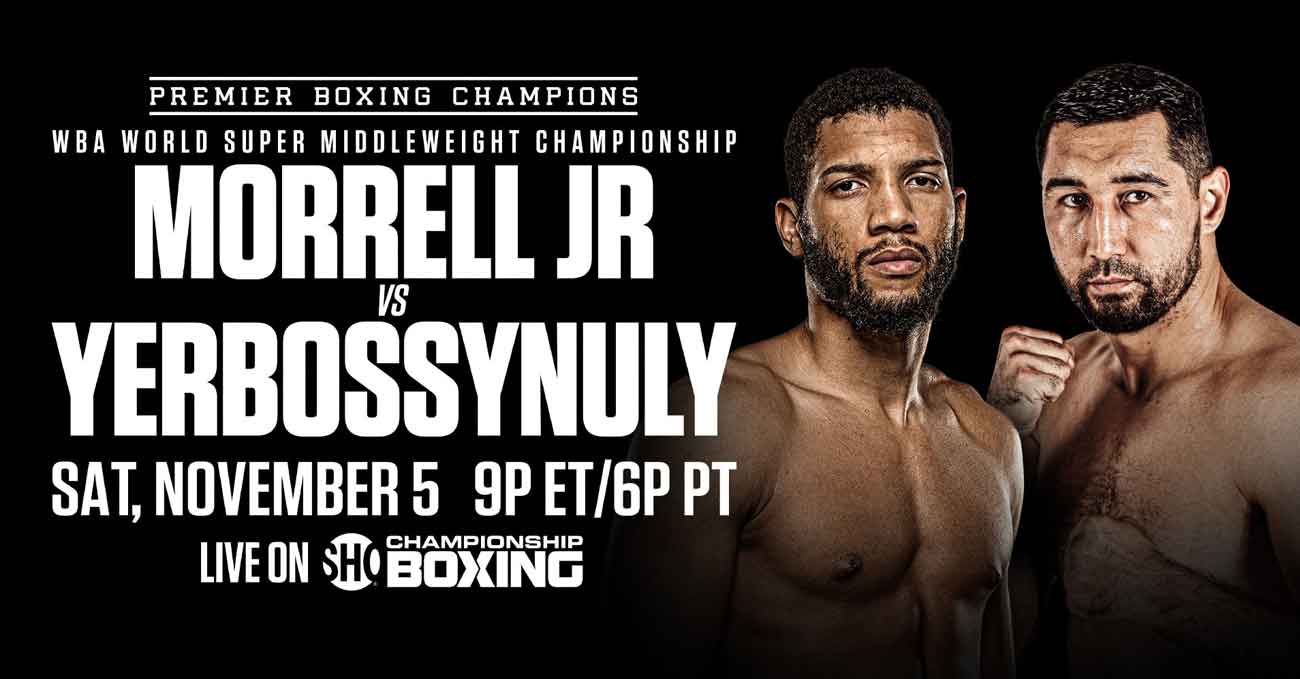 Review by AllTheBestFights.com: 2022-11-05, good boxing match: David Morrell vs Aidos Yerbossynuly gets three stars (take a look at our ranking of the Best Boxing Fights of 2022).
Yerbossynuly vs Morrell is scheduled to take place Saturday, November 5th, at the Armory in Minneapolis (Minnesota, USA), in a 12-round super middleweight (168 lbs, 76.2 kg) bout; it is the main event of the evening and it is valid for the WBA World super-middleweight title (Morrell’s third defense). Watch the video and rate this fight!

His opponent, the undefeated Aidos Yerbossynuly, has a perfect record of 16-0-0 (11 knockouts) but he is not ranked as he hasn’t fought for more than one year.
In his last three matches he has won over Nuhu Lawal, Issah Samir and Lennox Allen.