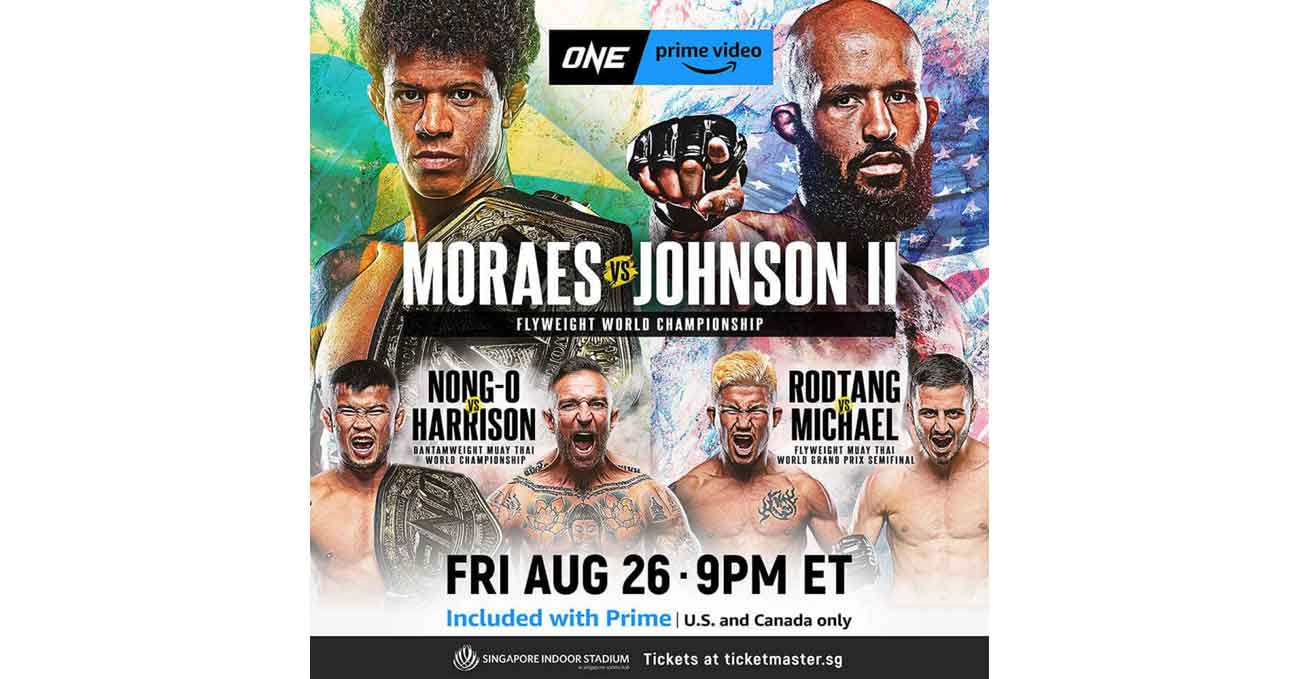 Review by AllTheBestFights.com: 2022-08-27, some good exchanges but it is not enough to get three stars: the muay thai match Nong-O Gaiyanghadao vs Liam Harrison gets two (take a look at our ranking of the Best Kickboxing Fights of 2022).
Harrison vs Nong-O is scheduled to take place Saturday, August 27th, at the Singapore Indoor Stadium in Singapore, in a 5-round welterweight (147 lbs, 66.7 kg) bout; it is valid for the ONE muay thai bantamweight championship and it is on the undercard of Adriano Moraes vs Demetrious Johnson 2 – ONE on Prime Video 1 (also known as ONE Fight Night 1). Watch the video and rate this fight!

The former Rajadamnern, Lumpinee Stadium and current One Bw muay thai champion Nong-O Gaiyanghadao entered this fight with a professional kickboxing record of 262-54-10 and he is ranked as the No.3 welterweight in the world.
He lost to Chamuaktong Sor.Yupinda in 2015 but since then he has won eight consecutive fights defeating Rodlek P.K. Saenchaimuaythaigym and Felipe Lobo in his last two.

His opponent, the former WBC, WMC, WPMF and Wako Pro champ Liam Harrison, has an official record of 90-24-2 (50 knockouts) and he entered as the No.4 in the welterweight division.
He was defeated by Rodlek Jaotalaytong in 2019 but then he has won five matches beating Brayan Matias and Muangthai P.K.Saenchai in his last two.