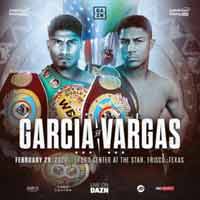 The former Wbo Hw champion Joseph Parker entered this fight with a professional record of 26-2-0 (20 KOs=77%) and he is ranked as the No.15 heavyweight in the world. He lost two consecutive bouts in 2018, against Anthony Joshua (Anthony Joshua vs Joseph Parker) and Dillian Whyte (Dillian Whyte vs Joseph Parker), but then he has beat Alexander Flores (Joseph Parker vs Alexander Flores) and Alex Leapai (Joseph Parker vs Alex Leapai).
His opponent, Shawndell Terell Winters, has a boxing record of 13-2-0 (12 KOs=92%) and he entered as the No.47 in the same weight class. He fought three times last year losing to Nikodem Jezewski (via majority decision) and beating Oleksandr Teslenko and Sergiej Werwejko. Parker vs Winters is on the undercard of Mikey Garcia vs Jessie Vargas. Watch the video and rate this fight!