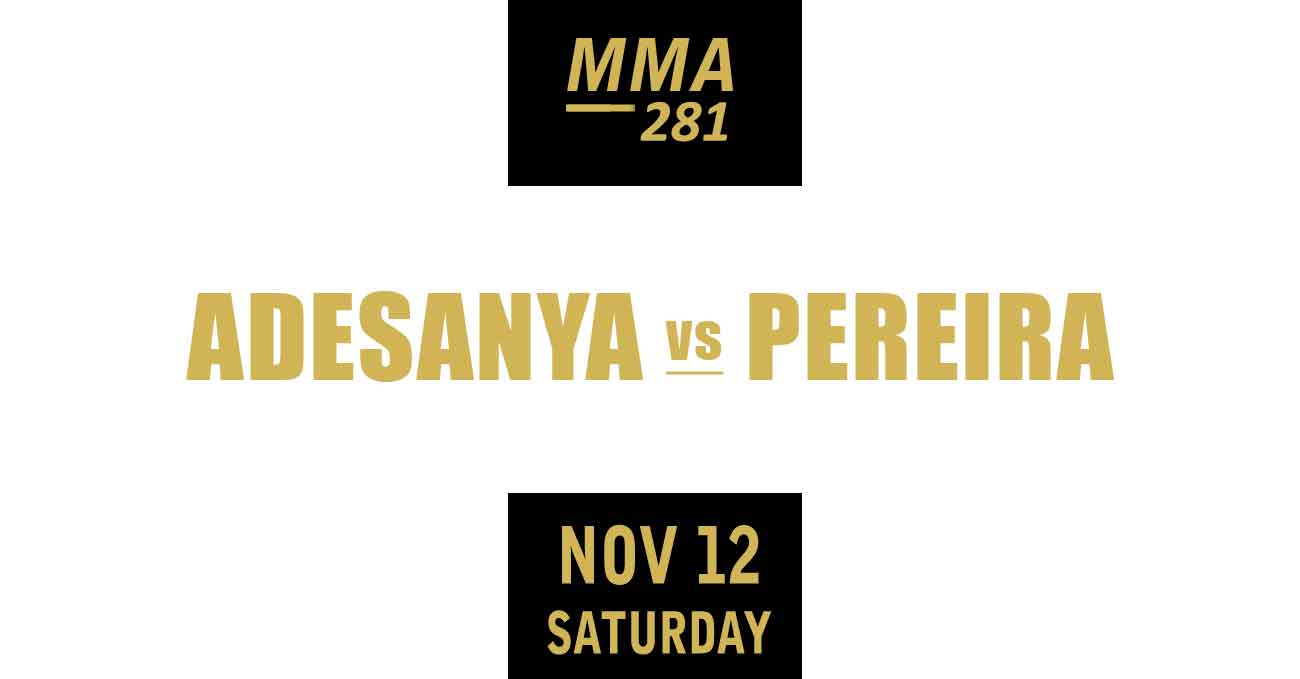 Review by AllTheBestFights.com: 2022-11-12, pretty good mma bout: Israel Adesanya vs Alex Pereira gets three stars (UFC Performance of the Night – take a look at our ranking of the Best Mma Fights of 2022).
They already faced each other in two kickboxing matches, in 2016 and 2017, and the winner was the Brazilian. Pereira vs Adesanya is scheduled to take place Saturday, November 12th, at the Madison Square Garden in New York (USA), in a 5-round middleweight (185 lbs, 84 kg) bout; it is the main event of the Ufc 281 and it is valid for the UFC middleweight championship title. Watch the video and rate this fight!

His opponent, the former Glory Mw and Light-Hw kickboxing champio Alex Pereira, has an official record of 6-1-0 (83% ko/tko victory rate – he has also never won via submission) and he entered as the No.7 in the middleweight division.
He suffered his only loss at his pro mma debut in 2015, against Quemuel Ottoni, after this match he has won six bouts beating Andreas Michailidis, Bruno Silva (Alex Pereira vs Bruno Silva) and Sean Strickland in his last three (Sean Strickland vs Alex Pereira).