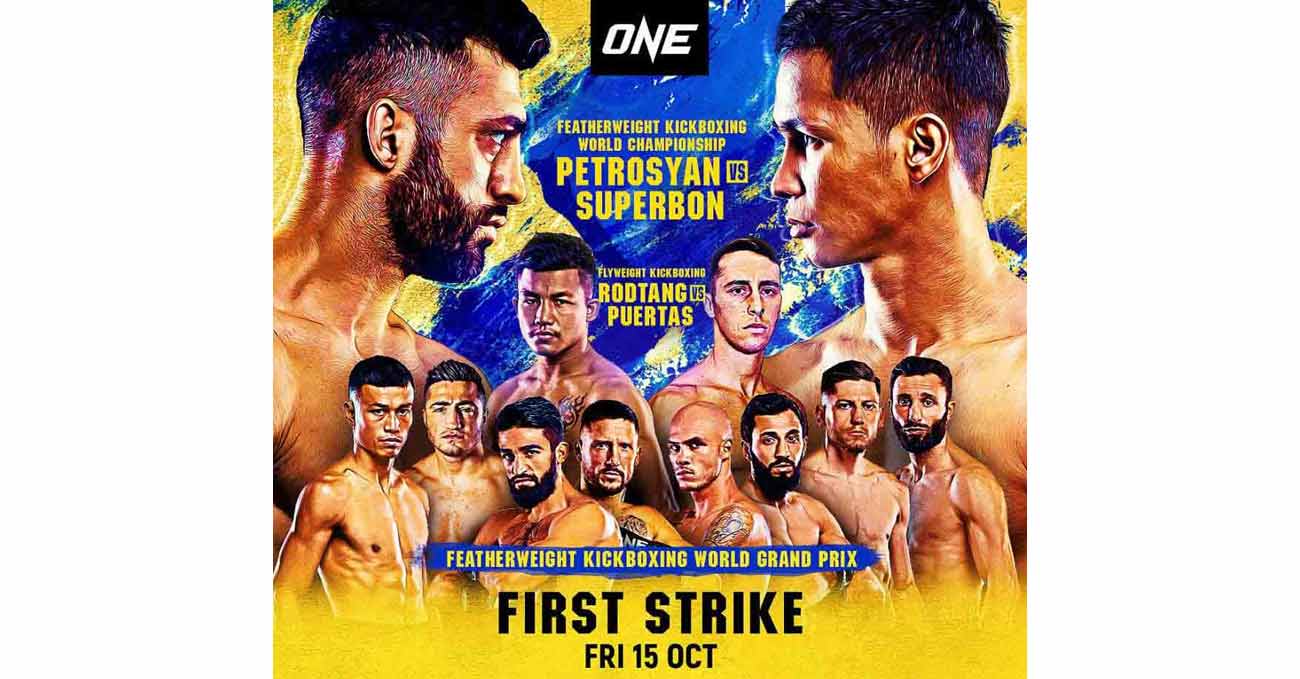 Review by AllTheBestFights.com: 2021-10-15, technical fight with a spectacular finish: Giorgio Petrosyan vs Superbon Banchamek is one of the best kickboxing fights of the year 2021 and it gets four stars!
Superbon vs Petrosyan is the main event of “ONE Championship: First Strike” and it is valid for the inaugural ONE Kickboxing featherweight title. Watch the video and rate this fight!

The former Glory, K-1 World Max, Bellator, ONE Fc and current ISKA kickboxing champion Giorgio Petrosyan entered this fight with a professional kickboxing record of 104-2-2 (41 knockouts) and he is ranked as the No.2 super welterweight in the world.
‘The Doctor’ Petrosyan suffered his second defeat of his career during the semifinal of the Glory lightweight tournament against Andy Ristie in 2013 (Petrosyan vs Andy Ristie), since then he has collected one no-contest and 19 victories beating Gaetan Dambo (Giorgio Petrosyan vs Gaetan Dambo) and Davit Kiria in his last two (Giorgio Petrosyan vs Davit Kiria 2).
But if you want to watch Petrosyan’s best fights, here are the ones rated with 4 or 5 stars:

His opponent, the former Kunlun Fight champion Superbon Banchamek, has an official record of 111-34-0 (26 knockouts) and he entered as the No.3 in the super welterweight division.
He lost to Marat Grigorian in 2018, but since then he has won ten consecutive matches defeating Wilson Varela and Sitthichai Sitsongpeenong in his last two (Sitthichai Sitsongpeenong vs Superbon Banchamek 3).