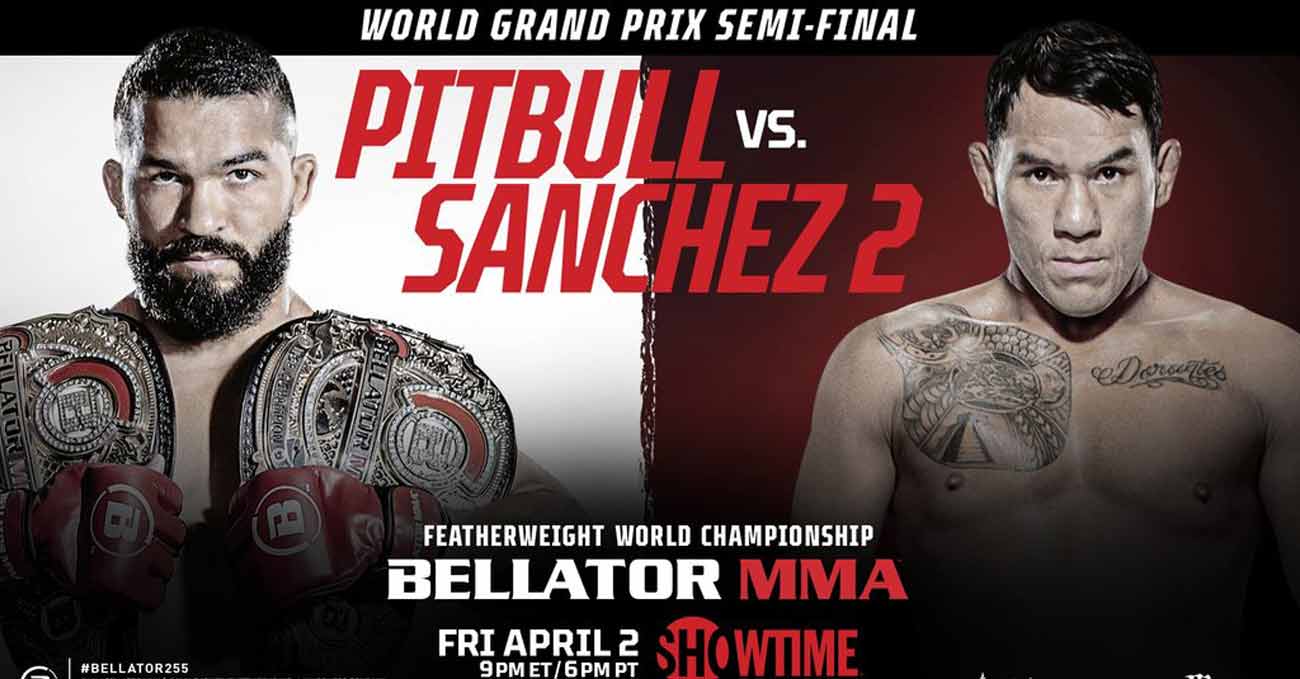 Review by AllTheBestFights.com: 2021-04-02, the mma fight Patricio Freire vs Emmanuel Sanchez 2 gets three stars thanks to a good finish.
Sanchez vs Pitbull 2, main event of Bellator 255, is the semi-final of the Bellator featherweight world grand prix tournament. Watch the video and rate this fight!

The black belt in Brazilian jiu-jitsu, current Bellator Fw and Lw champion Patricio Freire entered this fight with a professional mma record of 31-4-0 (71% finishing rate) and he is ranked as the No.4 featherweight in the world (currently the #1 in this division is Alexander Volkanovski).
Patricio ‘Pitbull’ lost to Benson Henderson in 2016 (Henderson vs Freire) but then he has won six matches defeating Juan Archuleta (Patricio Freire vs Juan Archuleta) and Pedro Carvalho in his last two (Patricio Freire vs Pedro Carvalho).

Selection of the best videos about the fight Patricio Freire vs Emmanuel Sanchez 2. If you have seen the full fight you can rate it at the bottom of this post.