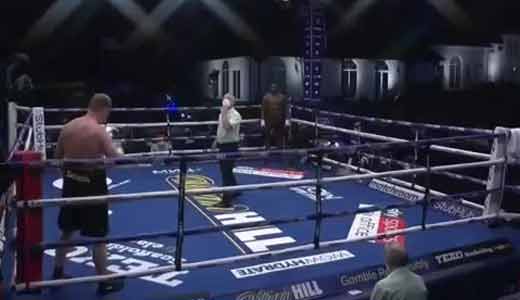 Review by AllTheBestFights.com: 2020-08-22, spectacular finish between Dillian Whyte and Alexander Povetkin: this is one of the best boxing fights of the year 2020 and it gets four stars! Moreover this match took third place in the ‘Top 10 Boxing Fights of the Year 2020‘ (ranking generated by our users).
The interim Wbc Hw champion Dillian Whyte entered this fight with a professional record of 27-1-0 (18 knockouts) and he is ranked as the No.6 heavyweight in the world (currently the #1 in this division is Tyson Fury). He suffered his only loss when he faced Anthony Joshua in 2015 (4-stars fight, Joshua vs Whyte, curiously Whyte defeated Joshua by unanimous decision in his first amateur bout in 2009), after this fight he has won eleven consecutive bouts beating Oscar Rivas (Dillian Whyte vs Oscar Rivas) and Mariusz Wach in his last two (Dillian Whyte vs Mariusz Wach).
His opponent, the 2004 Olympic super-heavyweight gold medalist and former Wba Hw champ Alexander Povetkin, has a boxing record of 35-2-1 (24 knockouts) and he entered as the No.5 in the same weight class. He also lost to Anthony Joshua, but in 2018 (Anthony Joshua vs Alexander Povetkin), but then he has beat Hughie Fury (Alexander Povetkin vs Hughie Fury) and he has tied with Michael Hunter (Alexander Povetkin vs Michael Hunter). Povetkin vs Whyte is valid for the interim WBC and vacant WBC Diamond heavyweight titles. Watch the video and rate this fight!

Their next fight: Dillian Whyte vs Alexander Povetkin 2