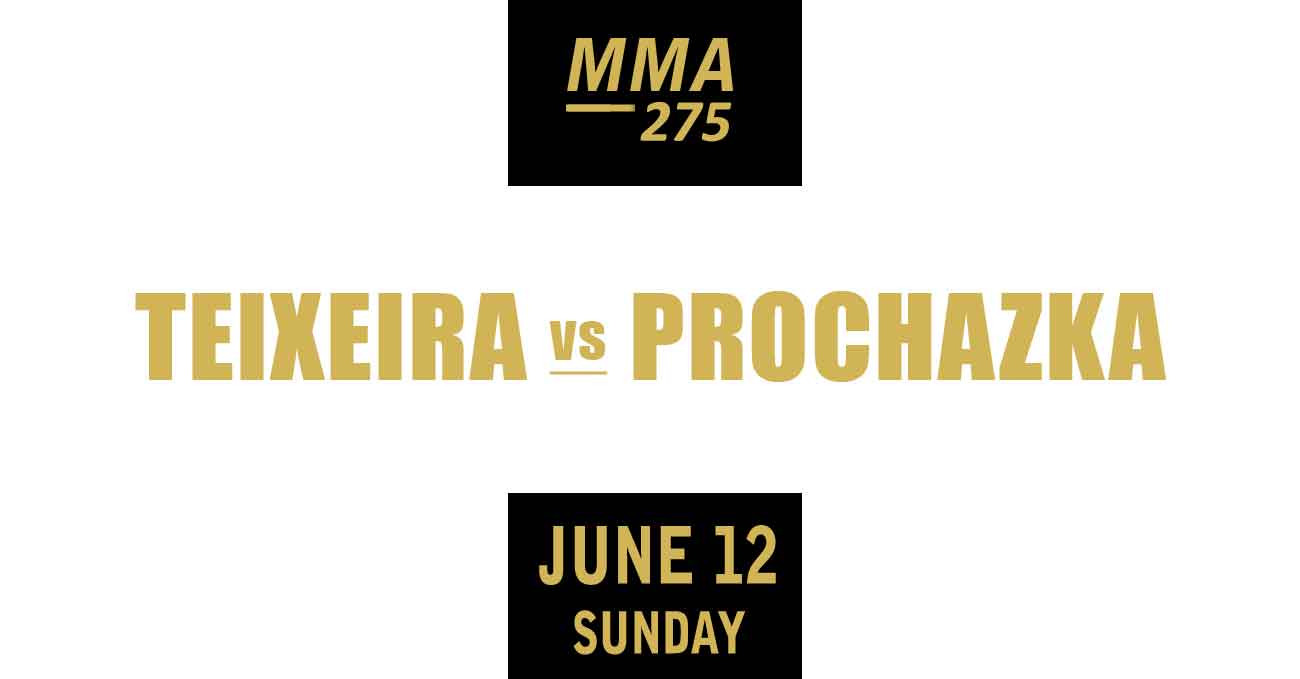 Review by AllTheBestFights.com: 2022-06-12, very high pace with some spectacular exchanges: Glover Teixeira vs Jiri Prochazka is one of the best mma fights of the year 2022 and it gets four stars!
Prochazka vs Teixeira, main event of the UFC 275, is valid for the UFC light-heavyweight title (Glover’s first defense). Watch the video and rate this fight!