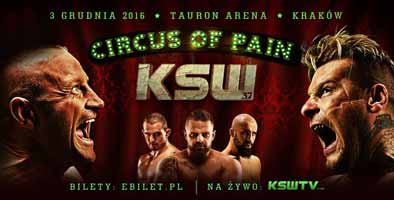 The five time World’s Strongest Man champion Mariusz Pudzianowski entered this fight with a pro record of 9-5-0 (56% finishing rate) while his opponent, Pawel Mikolajuw (also known as Paweł “Popek Monster” Rak), has an official mma record of 2-1-0 (100% ko/tko victory rate). Both fighters have lost their last bout: Pudzian has been defeated by Marcin Rozalski in 2016 (=Pudzianowski vs Rozalski) while ‘Popek’ had lost to Sander Duyvis in 2008. Pudzianowski vs Mikolajuw is on the undercard of Karol Bedorf vs Fernando Rodrigues Jr – KSW 37. Watch the video and rate this fight!