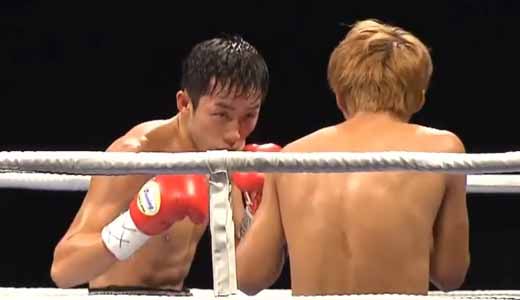 Review by AllTheBestFights.com: 2016-10-08, great performance by Rex Tso and Ryuto Maekawa: high pace, nice exchanges and high level of technique by both boxers; this is one of the best boxing fights of 2016 and it gets four stars!

Both undefeated, the Chinese Rex Tso entered this fight with a perfect boxing record of 19-0-0 (12 knockouts) and he is ranked as the No.32 super flyweight in the world while his opponent, Ryuto Maekawa, has an official record of 11-0-1 (7 knockouts) and he entered as the No.68 in the same weight class. Both boxers have fought once in 2016: Rex Tso has beat Young Gil Bae (=Tso vs Gil Bae) while Maekawa has won over Bimbo Nacionales. Tso vs Maekawa is valid for the vacant WBO International and WBC Asian Boxing Council super flyweight titles. Watch the video and rate this fight!