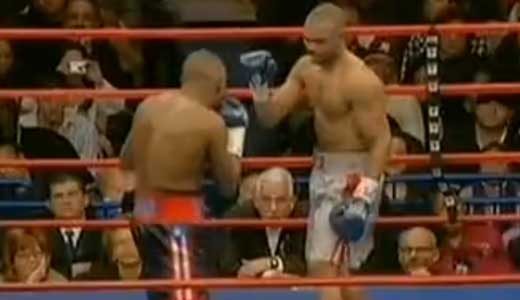 Review: 2008-01-19, the title of the night was “Bring on the Titans”, in fact the fight between Roy Jones Jr and Felix Trinidad was a real dream match. Roy Jones Jr (51-4-0) fell below the 170 Lb, which has not happened since 1996, while for Trinidad (42-2-0) this was his first fight in the light heavyweight division. The fight was spectacular, Roy Jones Jr knocked down “Tito” Trinidad two times during the bout and won this battle. Watch the video!