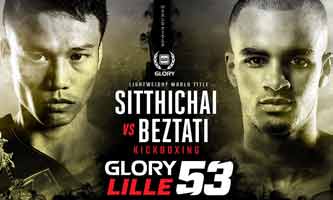 Review by AllTheBestFights.com: 2018-05-12, fight not particularly good between Sittichai Sitsongpeenong and Tyjani Beztati: it gets two stars.