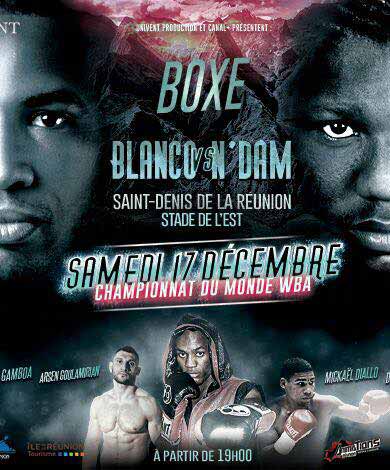 Review by AllTheBestFights.com: 2016-12-17, fight not particularly good between Michel Soro and Nuhu Lawal: it gets two stars.

Michel Soro entered this fight with a pro record of 28-1-1 (18 knockouts) and he is ranked as the No.7 super welterweight in the world (currently the #1 in this division is Saul ‘Canelo’ Alvarez). He suffered his only loss when he faced Zaurbek Baysangurov in 2012, since then he has collected 10 victories and one draw beating Hector David Saldivia in 2016 (=Soro vs Saldivia).
His opponent, Nuhu Lawal, has an official boxing record of 24-1-0 (14 knockouts) and he entered as the No.39 middleweight. He has already fought four times in 2016 suffering his first loss against Martin Murray (=Murray vs Lawal). After this bout he came back to win with Adnan Zilic. Soro vs Lawal is valid for the WBA International super welterweight title; undercard of Hassan N’Dam N’Jikam vs Alfonso Blanco. Watch the video and rate this fight!