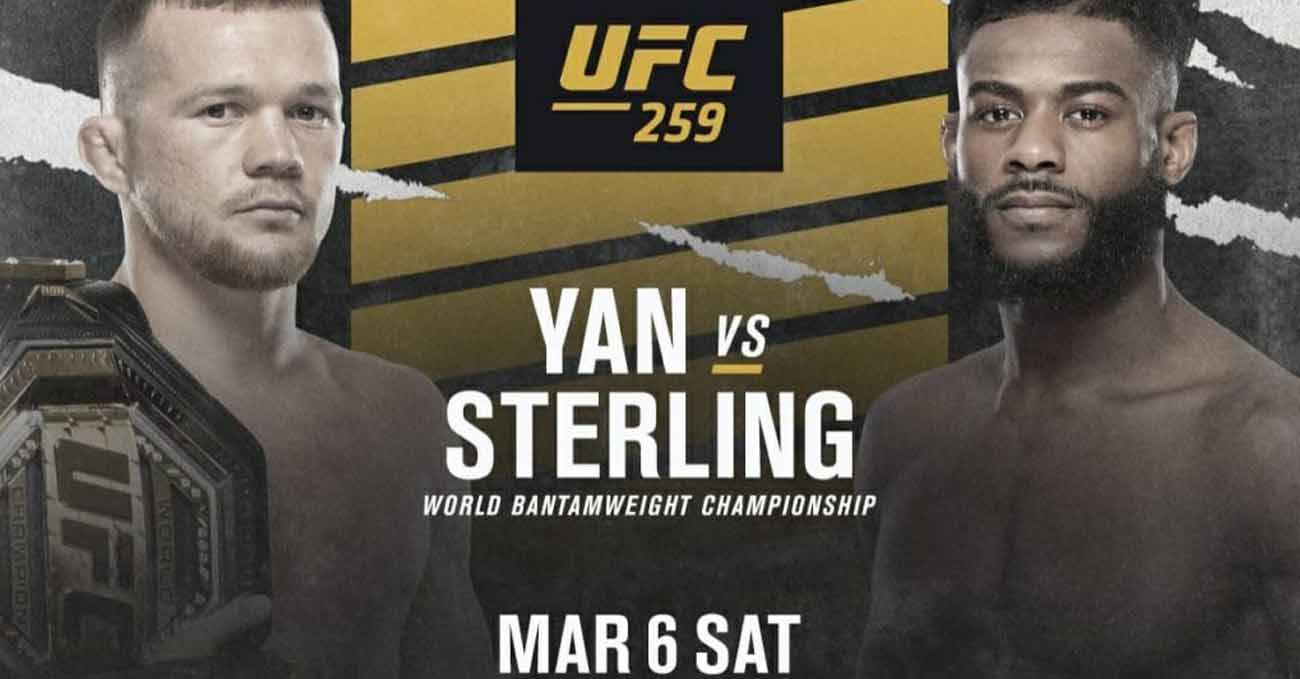 Review by AllTheBestFights.com: 2021-03-06, high level of technique by both fighters: the mma fight Petr Yan vs Aljamain Sterling gets three stars.
Sterling vs Yan is valid for the UFC bantamweight title and it is on the undercard of Jan Blachowicz vs Israel Adesanya – UFC 259. Watch the video and rate this fight!

The Ufc Bw champion Petr Yan entered this fight with a mma record of 15-1-0 (53% finishing rate) and he is ranked as the No.1 bantamweight in the world.
He suffered his only loss when he faced Magomed Magomedov in 2016 (via split decision), since then he has won ten consecutive matches taking revenge on Magomedov in 2017 and defeating Urijah Faber (Petr Yan vs Urijah Faber) and Jose Aldo in his last two (Petr Yan vs Jose Aldo).

Selection of the best videos about the fight Petr Yan vs Aljamain Sterling. If you have seen the full fight you can rate it at the bottom of this post.