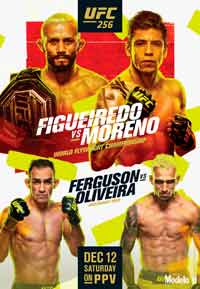 Review by AllTheBestFights.com: 2020-12-12, great finish between Ronaldo Souza and Kevin Holland: it gets three stars – UFC Performance of the Night (take a look at our ranking of the best mma fights of 2020).
The black belt in Bjj, judo and former Strikeforce Mw champion Ronaldo Jacare Souza entered this fight with a record of 26-8-0 (85% finishing rate) and he is ranked as the No.9 middleweight in the world (currently the #1 in this division is Israel Adesanya) but he won just one out of his last four bouts, against Chris Weidman in 2018 (Chris Weidman vs Ronaldo Jacare Souza). After this fight he has lost to Jack Hermansson (Ronaldo Jacare Souza vs Jack Hermansson) and Jan Blachowicz (Jan Blachowicz vs Ronaldo Jacare Souza).
His opponent, the black belt in kung-fu and Brazilian jiu-jitsu Kevin Holland, has a mma record of 20-5-0 (80% finishing rate) and he entered as the No.38 in the same weight class. He lost to Brendan Allen last year but then he has won four fights defeating Darren Stewart and Charlie Ontiveros in his last two. Holland vs Souza is on the undercard of Deiveson Figueiredo vs Brandon Moreno – UFC 256. Watch the video and rate this fight!

END_OF_DOCUMENT_TOKEN_TO_BE_REPLACED 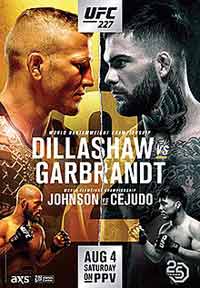 Review by AllTheBestFights.com: 2018-08-04, nice and tough exchanges between Thiago Santos and Kevin Holland: it gets three stars.

Thiago Santos entered this fight with a mma record of 17-6-0 (76% finishing rate) and he is ranked as the No.19 middleweight in the world. Thiago ‘Marreta’ has already fought twice in 2018 beating Anthony Smith (Thiago Santos vs Anthony Smith) and losing to David Branch (David Branch vs Thiago Santos).
His opponent, Kevin Holland, has an official record of 12-3-0 (92% finishing rate) and he entered as the No.86 in the same weight class. He lost to Curtis Millender last year but then he has won over Grady Hurley, Hayward Charles, Teagan Dooley and Will Santiago Jr. Santos vs Holland is on the undercard of TJ Dillashaw vs Cody Garbrandt 2 – UFC 227. Watch the video and rate this fight!