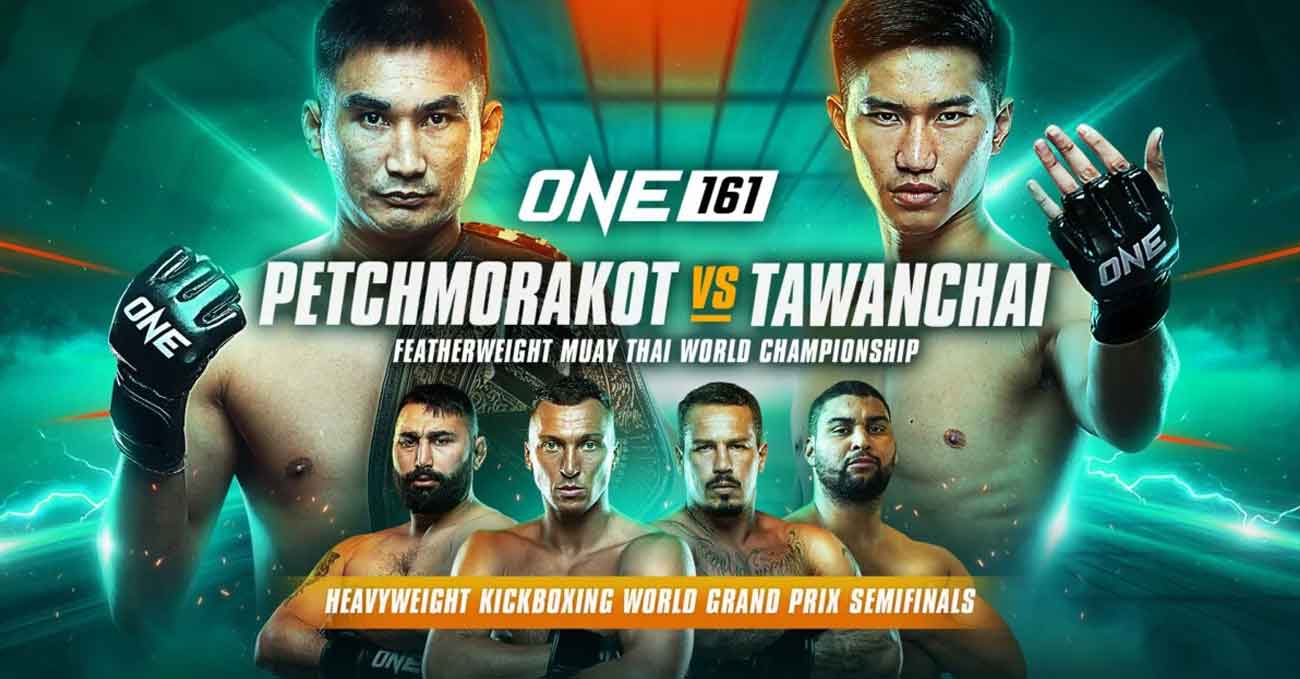 Review by AllTheBestFights.com: 2022-09-29, pretty good kickboxing match: Petchmorakot Petchyindee vs Tawanchai PK Saenchaimuaythaigym gets three stars (take a look at our ranking of the Best Kickboxing Fights of 2022).
Tawanchai vs Petchmorakot is scheduled to take place Thursday, September 29th, at the Singapore Indoor Stadium in Singapore, in a 5-round super welterweight (154 lbs, 69.9 kg) bout; it is the main event of ONE 161. Watch the video and rate this fight!

The former Lumpinee, WBC and current ONE Muay Thai Fw champ Petchmorakot Petchyindee entered this fight with a professional kickboxing record of 165-34-2 and he is ranked as the No.6 super welterweight in the world.
He lost the rematch with Giorgio Petrosyan in 2019 (Giorgio Petrosyan vs Petchmorakot Petchyindee 2), but then he has won seven consecutive bouts defeating Magnus Andersson, Thananchai Rachanon and Jimmy Vienot in his last three.

His opponent, the 2018 Lumpinee Stadium fighter of the year Tawanchai PK Saenchaimuaythaigym, has an official record of 127-31-2 and he entered as the No.7 in the super welterweight division.
He was defeated by Sitthichai Sitsongpeenong last year (Sitthichai Sitsongpeenong vs Tawanchai PK Saenchaimuaythaigym) but then he has won over Saemapetch Fairtex and Niclas Larsen.