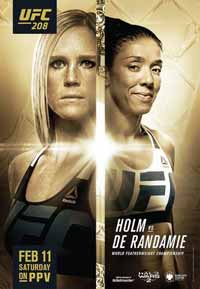 Review by AllTheBestFights.com: 2017-02-11, disappointing fight between Glover Teixeira and Jared Cannonier: it gets two stars.

The black belt in Bjj Glover Teixeira entered this fight with a professional record of 25-5-0 (88% finishing rate) and he is ranked as the No.6 light heavyweight in the world (currently the #1 in this division is Jon Jones). He fought twice last year beating Rashad Evans (=Teixeira vs Evans) and losing to Anthony Johnson (=Johnson vs Teixeira).
His opponent, Jared Cannonier, has a mma record of 9-1-0 (78% finishing rate) and he entered as the No.51 in the same weight class. He suffered his only loss when he faced Shawn Jordan in 2015, after this bout he has won over Cyril Asker and Ion Cutelaba. Glover Teixeira vs Jared Cannonier is on the undercard of Holly Holm vs Germaine de Randamie – UFC 208. Watch the video and rate this fight!