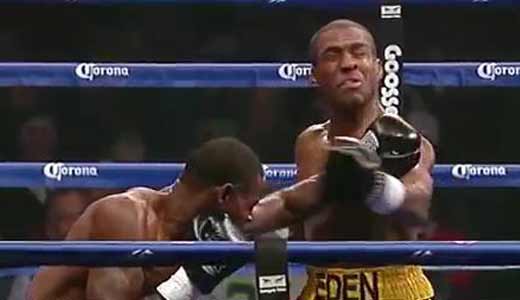 Review: 2014-01-24, exciting fight thanks to a great start in which both fighters went to the canvas: the fight between Thomas Williams Jr and Cornelius White is the first bout of the year that gets four stars; it could also be a candidate for Round of the Year 2014. The undefeated Thomas Williams Jr entered this fight with a perfect record of 15-0-0 (10 knockouts) and he is ranked as the No.23 light heavyweight in the world while Cornelius White has an official record of 21-2-0 (16 KOs=76%) and he entered as the No.22 in the same weight class, his only defeats, both by tko, came to Don George in 2011 and to Sergey Kovalev in his last fight last year. Williams Jr vs White is valid for the vacant WBO NABO light heavyweight title. Watch the video and rate this fight!