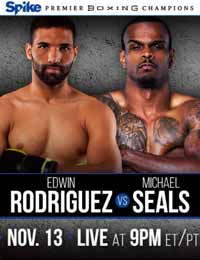 Thomas Williams Jr entered this fight with a pro boxing record of 18-1-0 (12 knockouts) and he is ranked as the No.22 light heavyweight in the world. He lost to Gabriel Campillo last year (=Williams Jr vs Campillo) but then he came back to win against Michael Gbenga.
His opponent, Umberto Savigne, has a record of 12-2-0 (9 KOs=75%) and he entered as the No.59 in the same weight class but he comes off the loss against Craig Baker (=Savigne vs Baker). Williams vs Savigne is on the undercard of Edwin Rodriguez vs Michael Seals. Watch the video and rate this fight!