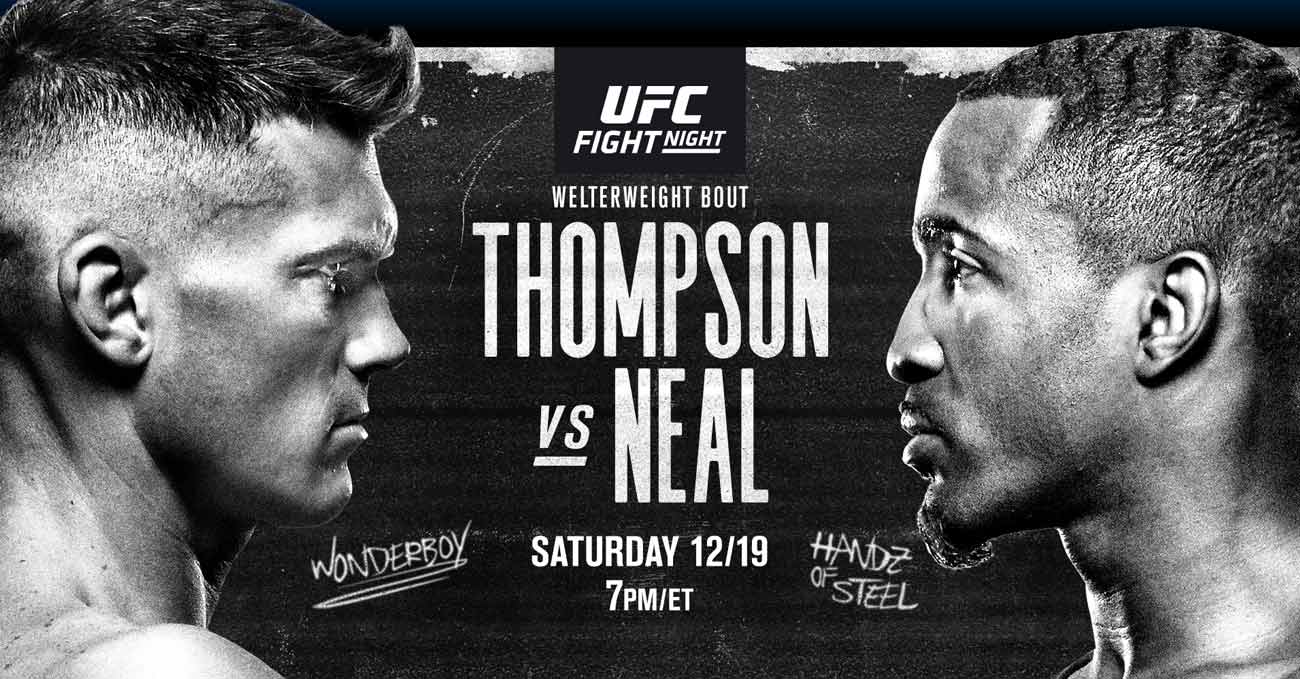 Review by AllTheBestFights.com: 2020-12-19, pretty good fight between Stephen Thompson and Geoff Neal: it gets three stars – UFC Performance of the Night (take a look at our ranking of the best mma fights of 2020).
The black belt in karate, kempo and ju-jitsu Stephen Thompson entered this fight with a professional mma record of 15-4-1 (53% finishing rate) and he is ranked as the No.9 welterweight in the world (currently the #1 in this division is Kamaru Usman). He lost two consecutive bouts between 2018 and 2019, against Darren Till (Stephen Thompson vs Darren Till) and Anthony Pettis (Stephen Thompson vs Anthony Pettis), but he came back to win with Vicente Luque in November of the same year (Stephen Thompson vs Vicente Luque).
His opponent, Geoff Neal, has an official record of 13-2-0 (77% finishing rate) and he entered as the No.16 in the same weight class. He was defeated by Kevin Holland in 2017 but since then he has won seven consecutive bouts defeating Belal Muhammad, Niko Price (Niko Price vs Geoff Neal) and Mike Perry in his last three. Neal vs Thompson is the main event of the UFC Fight Night 183 (also known as UFC on ESPN+ 41 or UFC Vegas 17). Watch the video and rate this fight!

We are sorry, but since we have been contacted by “UFC – Zuffa”, we post only the Thompson Neal highlights or amateur videos (as soon as we find it). If you have seen the full fight video you can rate it. THANKS!