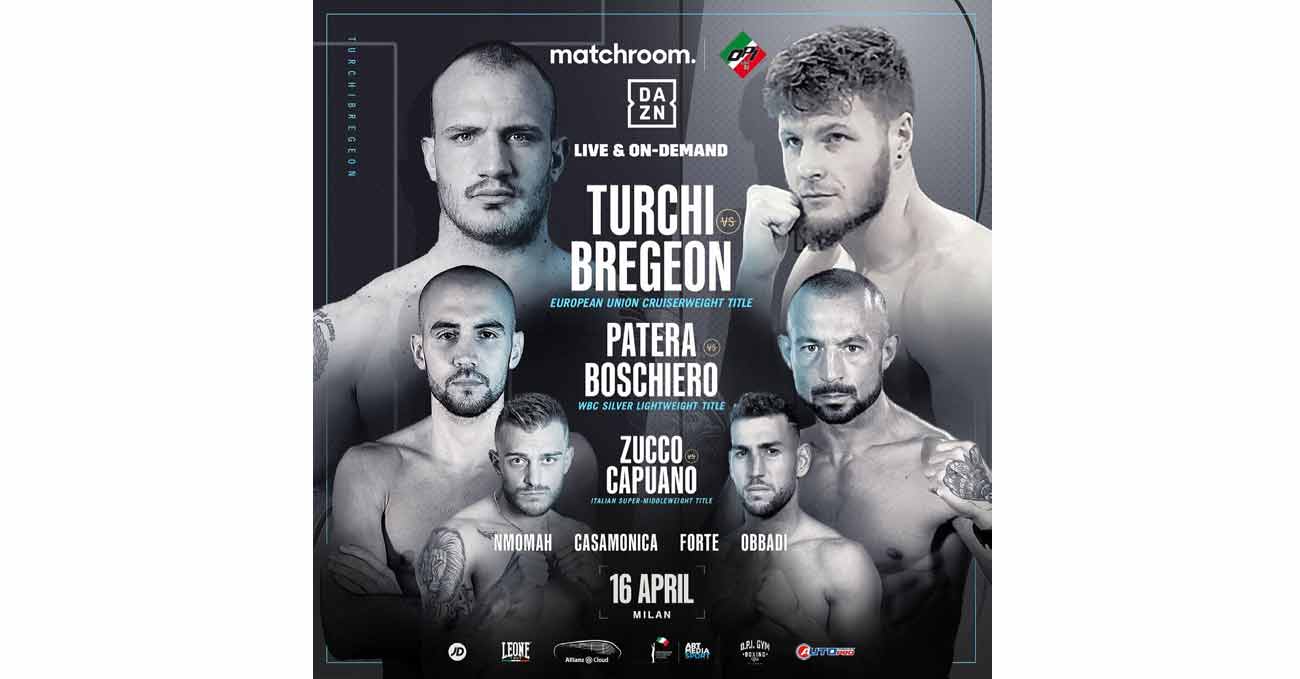 Review by AllTheBestFights.com: 2021-04-16, disappointing boxing fight: Fabio Turchi vs Dylan Bregeon gets two stars.
Bregeon vs Turchi is the main event of the evening and it is valid for the vacant EBU European Union cruiserweight title. Watch the video and rate this fight!

Fabio Turchi entered this fight with a professional boxing record of 18-1-0 (13 knockouts) and he is ranked as the No.21 cruiserweight in the world.
He suffered his only loss when he faced Tommy McCarthy in 2019 (via split decision, Fabio Turchi vs Tommy McCarthy), after this match he beat Nikolajs Grisunins in 2020.

His opponent, the undefeated Dylan Bregeon, has an official record of 11-0-1 (3 knockouts) and he entered as the No.30 in the cruiserweight division.
He was stopped in a draw by Siril Makiadi in 2019 but he came back to victory against Olivier Vautrain in 2020.

Selection of the best videos about the fight Fabio Turchi vs Dylan Bregeon. If you have seen the full fight you can rate it at the bottom of this post.