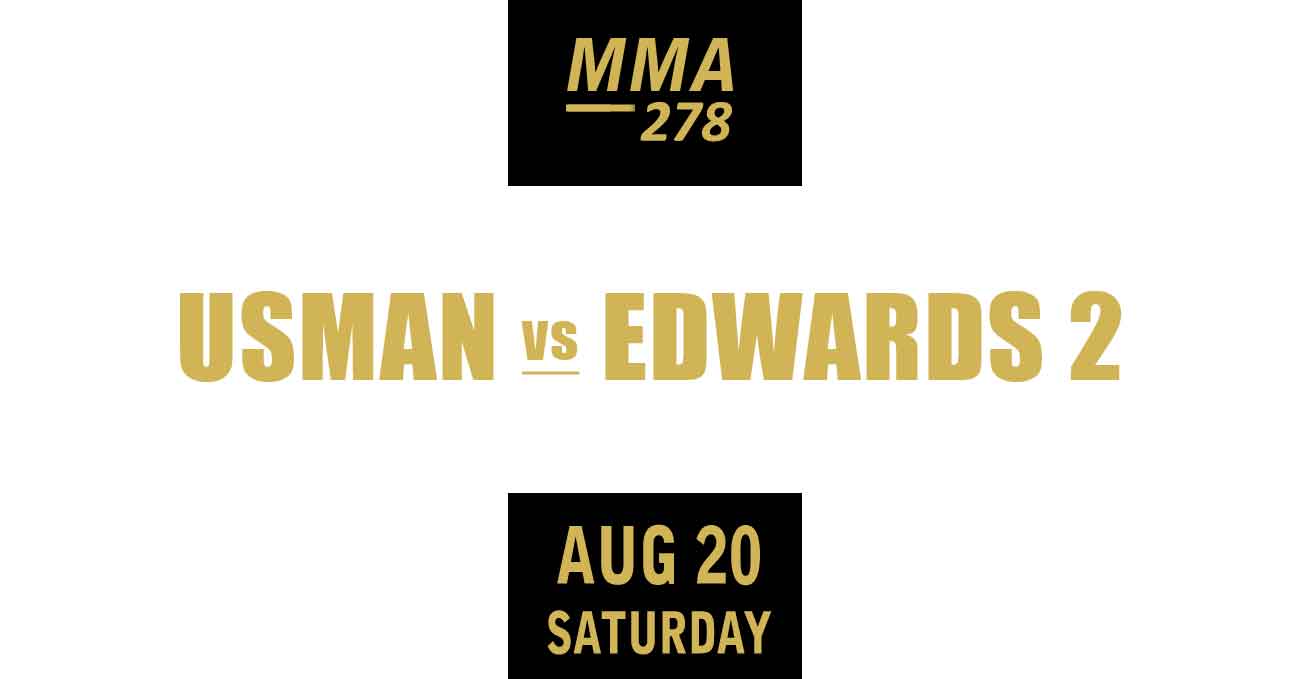 Review by AllTheBestFights.com: 2022-08-20, spectacular finish but the rest of the match was not so exciting: Kamaru Usman vs Leon Edwards 2 gets three stars (UFC Performance of the Night – take a look at our ranking of the Best Mma Fights of 2022).
In their first fight Usman defeated Edwards via unanimous decision (December 19, 2015), this second match is scheduled to take place Saturday, August 20th, at the Vivint Arena in Salt Lake City (Utah, USA), in a 5-round welterweight (170 lbs, 77 kg) bout; it is the main event of UFC 278 and it is valid for the UFC welterweight championship (Usman’s sixth defense). Watch the video and rate this fight!

Before the bout take place, you can watch the official preview videos: UFC 278 countdown, embedded Vlog series, press conference, ceremonial weigh-ins (on Friday) etc, or discover how to watch Usman vs Edwards 2 on tv, the fight time and the card.

The black belt in Bjj, Tuf tournament winner and current Ufc Ww champ Kamaru Usman entered this fight with a pro mma record of 20-1-0 (50% finishing rate) and he is ranked as the No.1 welterweight in the world.
He suffered his only loss when he faced Jose Caceres at his second professional mma fight in 2013, since then he has collected 19 consecutive victories beating, in his last three matches, Gilbert Burns (Kamaru Usman vs Gilbert Burns), Jorge Masvidal (4-stars bout Kamaru Usman vs Jorge Masvidal II) and Colby Covington (Kamaru Usman vs Colby Covington 2).

His opponent, Leon Edwards, has a record of 19-3-0 (47% finishing rate) and he entered as the No.11 in the welterweight division.
He suffered his last loss when he faced current Usman in 2015, since then he has collected one no-contest, with Belal Muhammad in March 2021 (Leon Edwards vs Belal Muhammad) and ten victories, beating Nate Diaz in his last one (Leon Edwards vs Nate Diaz).