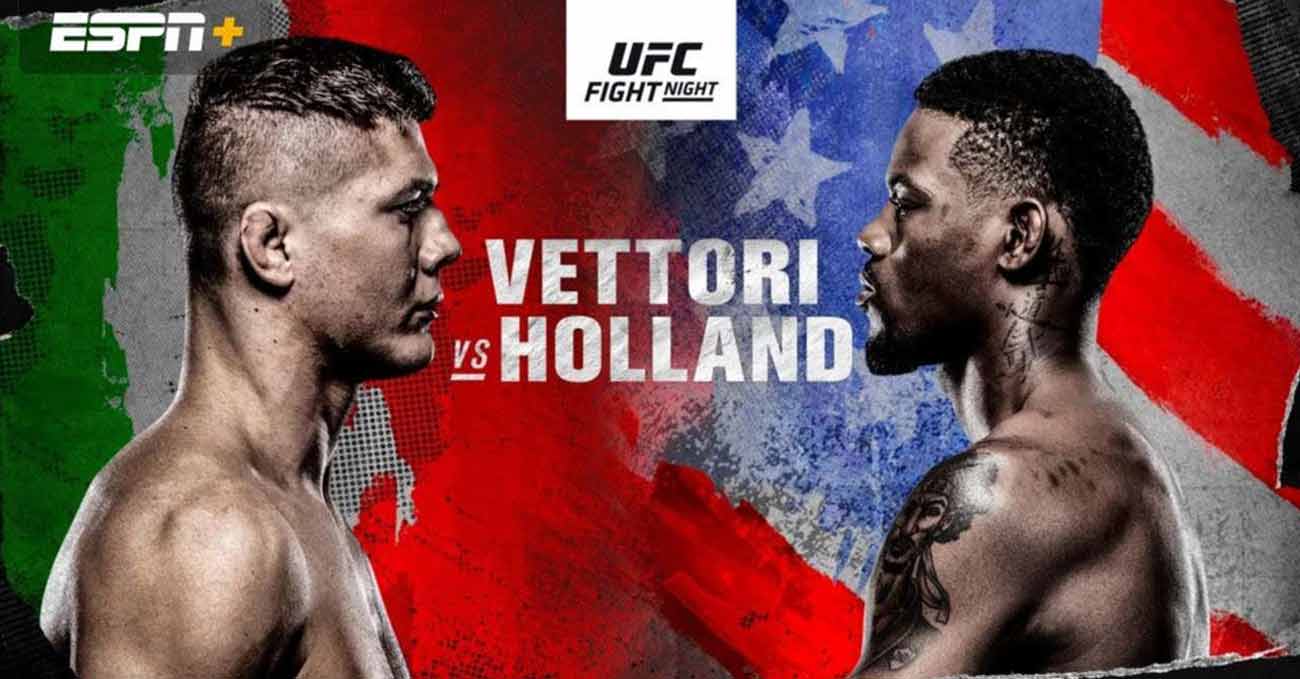 Review by AllTheBestFights.com: 2021-04-10, mma fight not particularly good: Marvin Vettori vs Kevin Holland gets two stars.
Holland vs Vettori is the main event of UFC Vegas 23 (also known as UFC on ABC 2). Watch the video and rate this fight!

His opponent, the black belt in kung-fu and Brazilian jiu-jitsu Kevin Holland (replacing Darren Till who withdrew due to a broken collarbone), has an official record of 21-6-0 (81% finishing rate) and he entered as the No.13 in the middleweight division.
He fought just three weeks ago losing to Derek Brunson (Derek Brunson vs Kevin Holland), but before this bout, in 2020, he had won five matches beating Anthony Hernandez, Joaquin Buckley, Darren Stewart, Charlie Ontiveros and Ronaldo Jacare Souza (Ronaldo Jacare Souza vs Kevin Holland).

Selection of the best videos about the fight Marvin Vettori vs Kevin Holland. If you have seen the full fight you can rate it at the bottom of this post.