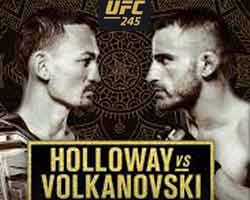 Review by AllTheBestFights.com: 2019-12-14, fight not so exciting between Max Holloway and Alexander Volkanovski: it gets two stars.

Their next fight: Alexander Volkanovski vs Max Holloway 2