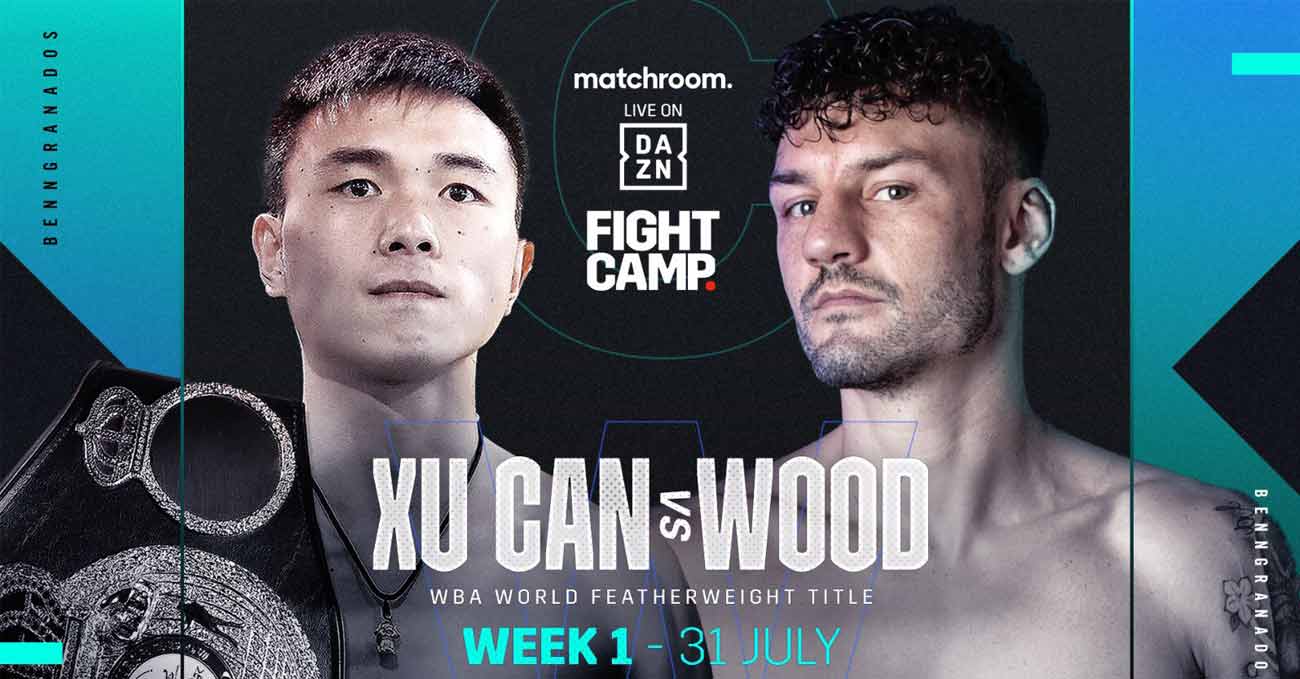 Review by AllTheBestFights.com: 2021-07-31, good boxing fight: Can Xu vs Leigh Wood gets three stars (take a look at our ranking of the Best Boxing Fights of 2021).
Wood vs Xu Can is the main event of the evening and it is valid for the WBA World featherweight title (Can’s third defense); on the original fight card the main event was Conor Benn vs Adrian Granados but the Englishman tested positive for Covid-19. Watch the video and rate this fight!

The Wba Fw champion Xu Can entered this fight with a pro boxing record of 18-2-0 (3 knockouts) but he is not ranked as he hasn’t fought since 2019.
He was defeated by Bao Dong in 2014 but since then he has won 15 consecutive fights beating Jesus M Rojas (Jesus M Rojas vs Can Xu), Shun Kubo (Can Xu vs Shun Kubo) and Manny Robles III in his last three (Can Xu vs Manny Robles III).

His opponent, Leigh Wood, has a record of 24-2-0 (14 knockouts) and he entered as the No.14 in the featherweight division.
He lost to James Dickens last year (Leigh Wood vs James Dickens) but he came back to win against Reece Mould in February 2021.