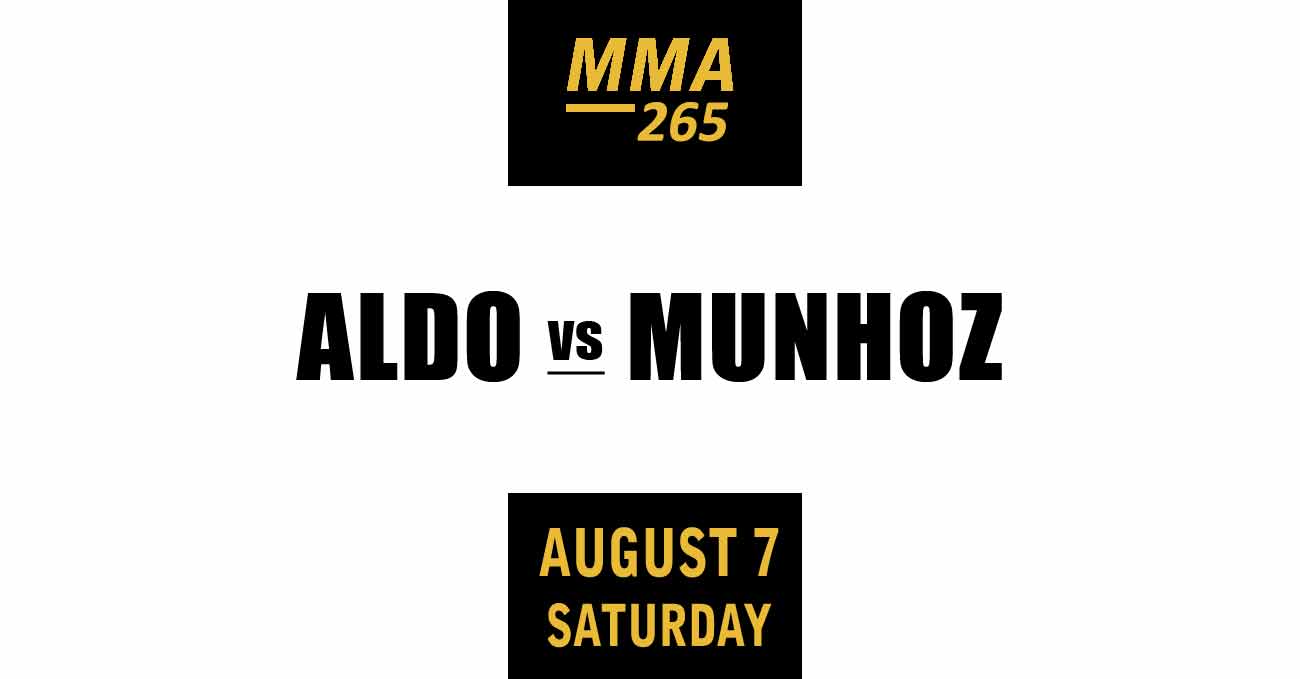 Review by AllTheBestFights.com: 2021-08-07, nice mma fight: Jose Aldo vs Pedro Munhoz gets three stars (take a look at our ranking of the Best Mma Fights of 2021).
Munhoz vs Aldo is on the undercard of Derrick Lewis vs Ciryl Gane – UFC 265. Watch the video and rate this fight!

The black belt in Brazilian jiu-jitsu and former Ufc Fw champion Jose Aldo entered this fight with a pro mma record of 29-7-0 (62% finishing rate) and he is ranked as the No.6 bantamweight in the world (currently the #1 in this division is Aljamain Sterling).
Aldo ‘Junior’ lost three consecutive matches between 2019 and 2020, the last one with Petr Yan (Petr Yan vs Jose Aldo), but then he came back to win with Marlon Vera (Jose Aldo vs Marlon Vera).
But if you want to watch Aldo’s best fights, here are two bouts ranked in the top 10 Users’ mma Fight of the year of 2011 and 2012, Jose Aldo vs Mark Hominick and Jose Aldo vs Chad Mendes, but also the unforgettable 4-stars fight Jose Aldo vs Conor McGregor.

His opponent, the black belt in Bjj Pedro Munhoz, has a record of 19-5-0 (68% finishing rate) and he entered as the No.8 in the bantamweight division.
He lost two consecutive fights between 2019 and 2020, against Aljamain Sterling (Aljamain Sterling vs Pedro Munhoz) and Frankie Edgar (Pedro Munhoz vs Frankie Edgar), but then he came back to win with Jimmie Rivera in February 2021 (Pedro Munhoz vs Jimmie Rivera 2).
Among the best fights of Munhoz we suggest a match we rate with four stars in 2019: Cody Garbrandt vs Pedro Munhoz.