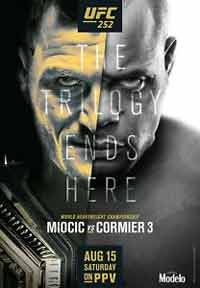 Review by AllTheBestFights.com: 2020-08-15, some good single shots between John Dodson and Merab Dvalishvili but it is not enough to get three stars: it gets two.
The black belt in gaidojutsu and Tuf 14 Bw tournament winner John Dodson entered this fight with a professional record of 21-11-0 (57% finishing rate) and he is ranked as the No.12 bantamweight in the world but he lost two out of his last three fights, against Jimmie Rivera (John Dodson vs Jimmie Rivera) and Petr Yan (John Dodson vs Petr Yan); after these bouts he has beat Nathaniel Wood (John Dodson vs Nathaniel Wood).
His opponent, the black belt in judo Merab Dvalishvili, has a mma record of 11-4-0 (27% finishing rate) and he entered as the No.21 in the same weight class. He lost two consecutive bouts between 2017 and 2018, against Frankie Saenz and Ricky Simon, but then he has beat Terrion Ware, Brad Katona (Brad Katona vs Merab Dvalishvili), Casey Kenney and Gustavo Lopez. Dvalishvili vs Dodson is on the undercard of Stipe Miocic vs Daniel Cormier 3 – UFC 252. Watch the video and rate this fight!