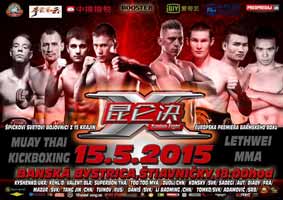 Review by AllTheBestFights.com: 2015-05-15, great fight between Enriko Kehl and Mohamed Diaby: it gets three stars.

The 2014 K-1 World Max champion Enriko Kehl entered this fight with a professional kickboxing record of 37-8-1 (27 knockouts) and he is ranked as the No.8 super welterweight in the world while unfortunately we don’t know the record of his opponent Mohamed Diaby. Kehl fought twice in 2015 beating Erkan Varol (=Kehl vs Varol 2) but then he lost to Giorgio Petrosyan (=Petrosyan vs Kehl). Kehl vs Diaby, 72,5 kg fight of Kunlun Fight 25 Slovakia. Watch the video and rate this fight!