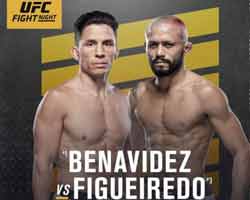 Review by AllTheBestFights.com: 2020-02-29, good fight between Joseph Benavidez and Deiveson Figueiredo: it gets three stars.

Their next fight: Deiveson Figueiredo vs Joseph Benavidez 2