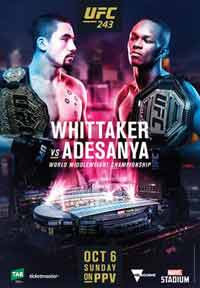 Review by AllTheBestFights.com: 2019-10-06, some good single shots between Luke Jumeau and Dhiego Lima but it is not enough to get three stars: it gets two.

The black belt in tae-kwon-do Luke Jumeau entered this fight with a professional record of 13-4-0 (69% finishing rate) but he is not ranked as he hasn’t fought since February 11, 2018 when he defeated Daichi Abe; before this bout, in 2017, he had lost to Shinsho Anzai.
His opponent, Dhiego Lima, has a mma record of 14-7-0 (57% finishing rate) and he entered as the No.84 welterweight in the world. He lost three consecutive bouts between 2016 and 2018, against Jason Jackson, Jesse Taylor (Jesse Taylor vs Dhiego Lima) and Yushin Okami, but then he has won over Chad Laprise and Court McGee. Jumeau vs Lima is on the undercard of Robert Whittaker vs Israel Adesanya – UFC 243. Watch the video and rate this fight!