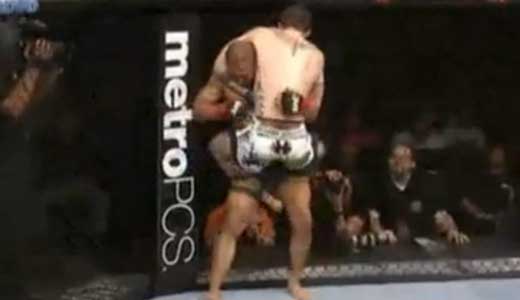 Review: 2012-02-15, tough exchanges, outstanding work on the ground and great submission: Ivan Menjivar vs John Albert is a non-stop action fight, four stars (UFC Submission of the Night). Ivan Menjivar, ranked as the No.48 bantamweight in the world, entered the fight with a record of 23-8-0 while John Albert had a record of 7-1-0. Menjivar vs Albert is on the undercard of Diego Sanchez vs Jake Ellenberger (UFC on Fuel TV). Watch the video!

Video: We are sorry, but since we have been contacted by “UFC – Zuffa”, we post only video highlights of the fight. If you have seen the full fight video you can rate it. THANKS!