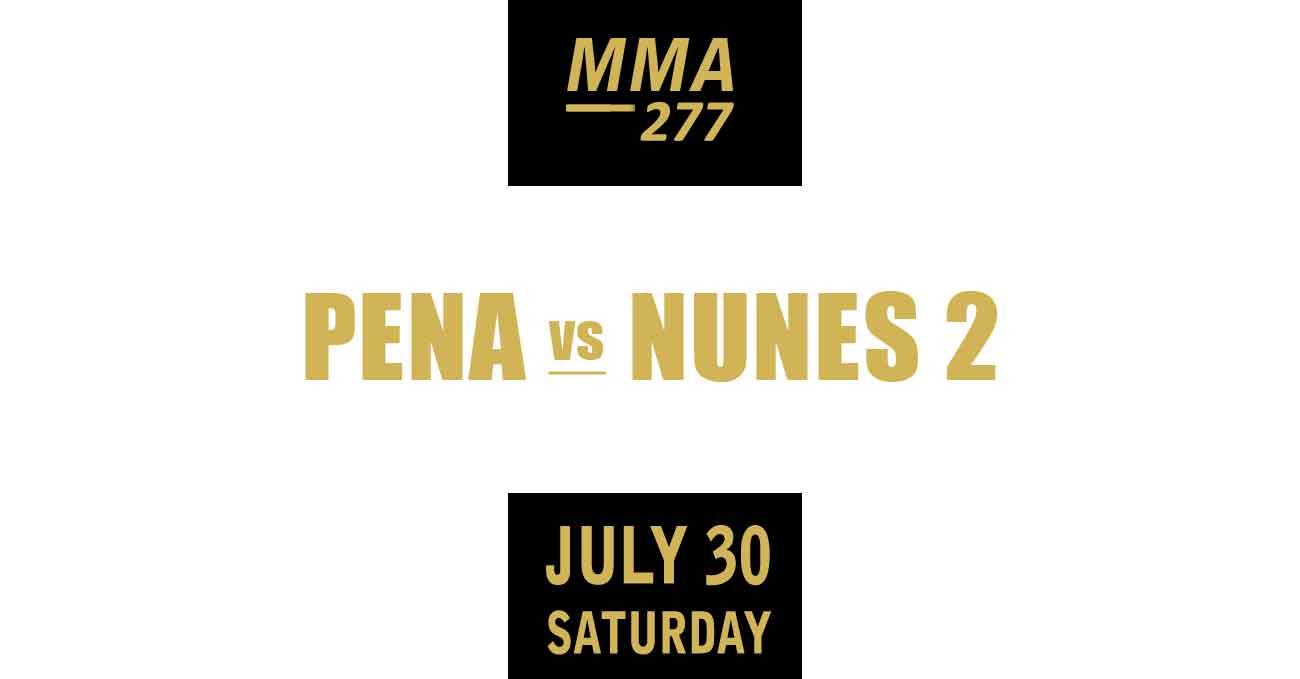 Review by AllTheBestFights.com: 2022-07-30, the mma bout Julianna Pena vs Amanda Nunes 2 gets three stars thanks to a good second part of the bou (take a look at our ranking of the Best Mma Fights of 2022).
Nunes vs Pena 2 is scheduled to take place Saturday, July 30th, at the American Airlines Center in Dallas (Texas, United States), in a 5-round bantamweight (135 lbs, 61 kg) bout; it is the main event of Ufc 277 and it is valid for the UFC women’s bantamweight championship (Pena’s first defense). Watch the video and rate this fight!

Before the bout take place, you can watch the official preview videos: UFC 277 countdown, embedded Vlog series, press conference, ceremonial weigh-ins (on Friday) etc, or discover how to watch Pena vs Nunes 2 on tv, the fight time and the card.

The TUF 18 tournament winner and current Ufc women’s Bw champion Julianna Pena entered this fight with a professional mma record of 11-4-0 (73% finishing rate) and she is ranked as the No.1 women’s bantamweight in the world.
She lost to Germaine de Randamie in 2020 (Germaine de Randamie vs Julianna Pena) but then she has beat Sara McMann and Amanda Nunes in their first match (bout ranked in the top 10 Users’ mma Fights of the Year 2021, Amanda Nunes vs Julianna Pena I).