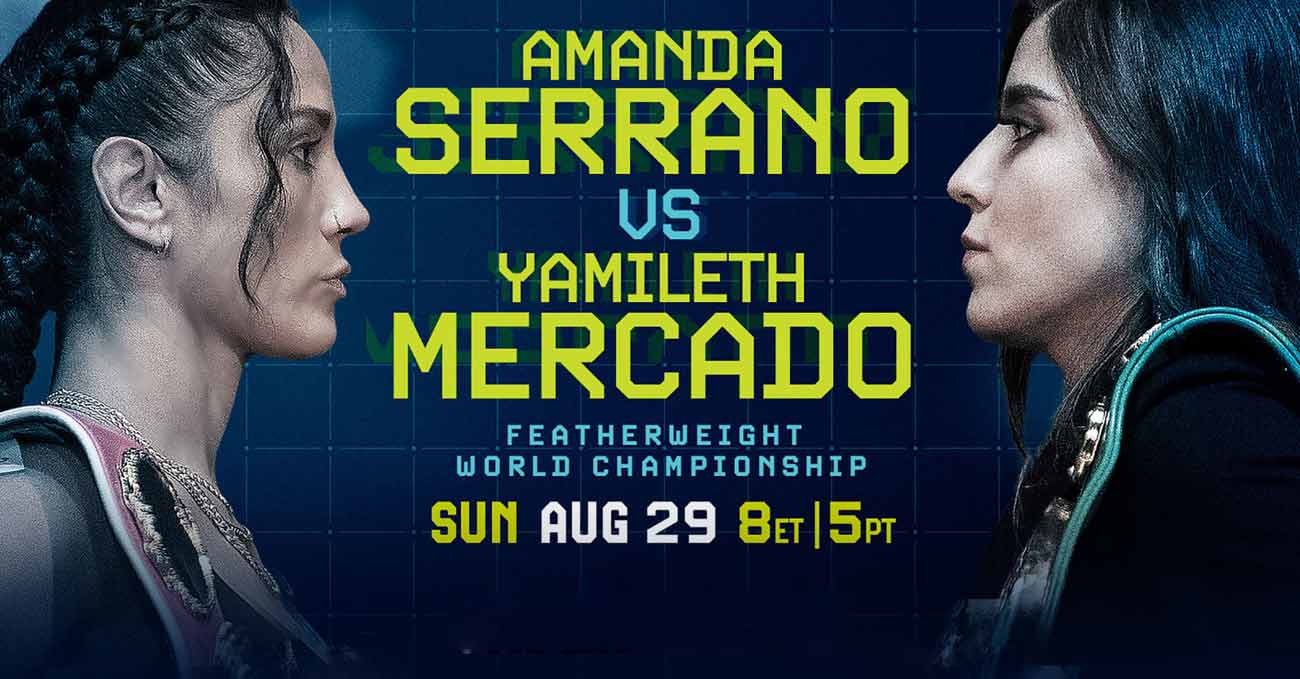 Review by AllTheBestFights.com: 2021-08-29, boxing fight not so exciting: Amanda Serrano vs Yamileth Mercado gets two stars (take a look at our ranking of the Best Boxing Fights of 2021).
Mercado vs Serrano is valid for the WBC, WBO and IBO World Female featherweight titles; undercard of Jake Paul vs Tyron Woodley. Watch the video and rate this fight!

The world champion in seven different weight classes Amanda Serrano entered this fight with a professional record of 40-1-1 (30 KOs=75%) and she is ranked as the No.1 women’s featherweight in the world.
She suffered her only loss when she faced Frida Wallberg in 2012, since then she has won 26 consecutive bouts defeating Simone Aparecida Da Silva, Dahiana Santana and Daniela Romina Bermudez in her last three (Amanda Serrano vs Daniela Romina Bermudez).

Her opponent, the Wbc super-Bw champ Yamileth Mercado, has a boxing record of 18-2-0 (5 knockouts) and she entered as the No.2 in the women’s featherweight division.
She lost to Fatuma Zarika in 2018 but then she has won six consecutive matches taking revenge on Zarika in 2019 and beating Julissa Alejandra Guzman and Angelica Rascon in 2021.