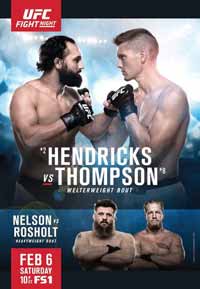 Ovince Saint Preux entered this fight with a mma record of 18-7-0 (78% finishing rate) and he is ranked as the No.13 light heavyweight in the world. OSP fought twice last year defeating Patrick Cummins but then he lost to Glover Teixeira (=Teixeira vs St Preux).
His opponent, the black belt in Bjj and former Strikeforce light-Hw champion Rafael Cavalcante, has an official record of 12-6-0 (100% finishing rate) and he entered as the No.52 in the same weight class but he comes off two consecutive losses: against Ryan Bader (=Bader vs Cavalcante) and Patrick Cummins. St Preux vs Feijao Cavalcante is on the undercard of Johny Hendricks vs Stephen Thompson – UFC Fight Night 82. Watch the video and rate this fight!