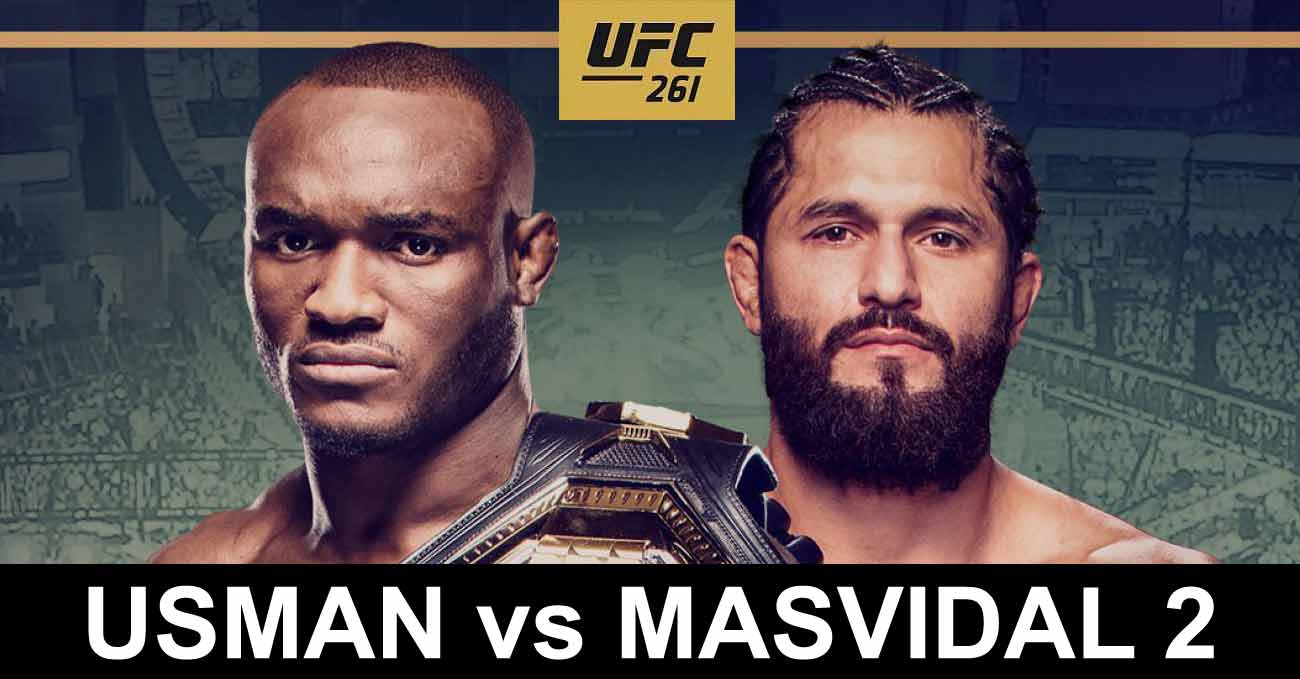 Review by AllTheBestFights.com: 2021-04-24, good fight with a spectacular finish: Kamaru Usman vs Jorge Masvidal is one of the best mma fights of the year 2021 and it gets four stars (UFC Performance of the Night)!
Masvidal vs Usman 2 is the main event of Ufc 261 and it is valid for the UFC welterweight title (Usman’s fourth defense). Watch the video and rate this fight!

The black belt in Bjj, Tuf tournament winner and current Ufc Ww champion Kamaru Usman entered this fight with a professional record of 18-1-0 (50% finishing rate) and he is ranked as the No.1 welterweight in the world.
He suffered his only loss when he faced Jose Caceres at his second professional mma fight in 2013, since then he has collected 17 consecutive victories beating Colby Covington (Kamaru Usman vs Colby Covington), Jorge Masvidal (in their first fight, Kamaru Usman vs Jorge Masvidal I) and Gilbert Burns in his last three (Kamaru Usman vs Gilbert Burns).

Selection of the best videos about the fight Kamaru Usman vs Jorge Masvidal 2. If you have seen the full fight you can rate it at the bottom of this post.