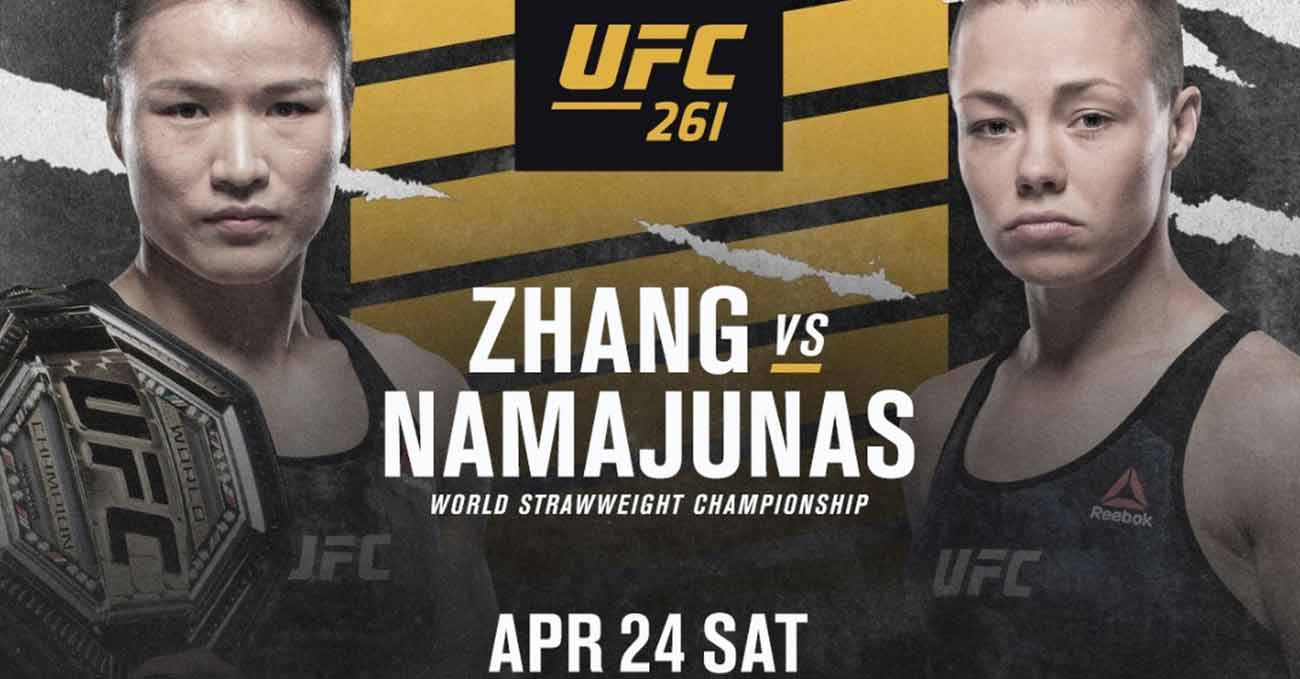 Review by AllTheBestFights.com: 2021-04-24, the mma fight Zhang Weili vs Rose Namajunas gets four stars thanks to a spectacular finish (UFC Performances of the Night – take a look at our ranking of the Best Mma Fights of 2021).
Namajunas vs Zhang is valid for the UFC women’s strawweight title (Zhang’s second defense); undercard of Kamaru Usman vs Jorge Masvidal 2 – UFC 261. Watch the video and rate this fight!

The Ufc champion Weili Zhang entered this fight with a pro record of 21-1-0 (81% finishing rate) and she is ranked as the No.1 women’s strawweight in the world.
She suffered her only loss when she faced Meng Bo at her professional mma debut in 2013, since then she has won 21 consecutive matches beating Tecia Torres (Tecia Torres vs Zhang Weili), Jessica Andrade (4-stars fight and also ranked in the top 10 Users’ mma Fights of the Year 2019, Jessica Andrade vs Weili Zhang) and Joanna Jedrzejczyk in her last three (4-stars bout, Zhang Weili vs Joanna Jedrzejczyk)

Her opponent, the black belt in tae-kwon-do, karate and former Ufc champ Rose Namajunas, has an official mma record of 9-4-0 (67% finishing rate) and she entered as the No.2 in the women’s strawweight division.
In her last two bouts she faced Jessica Andrade, losing the first one (4-stars fight, Rose Namajunas vs Jessica Andrade I) and taking revenge on the Brazilian in their second clash (Jessica Andrade vs Rose Namajunas II).
Among the best fights of Namajunas we suggest these two:

Selection of the best videos about the fight Weili Zhang vs Rose Namajunas. If you have seen the full fight you can rate it at the bottom of this post.