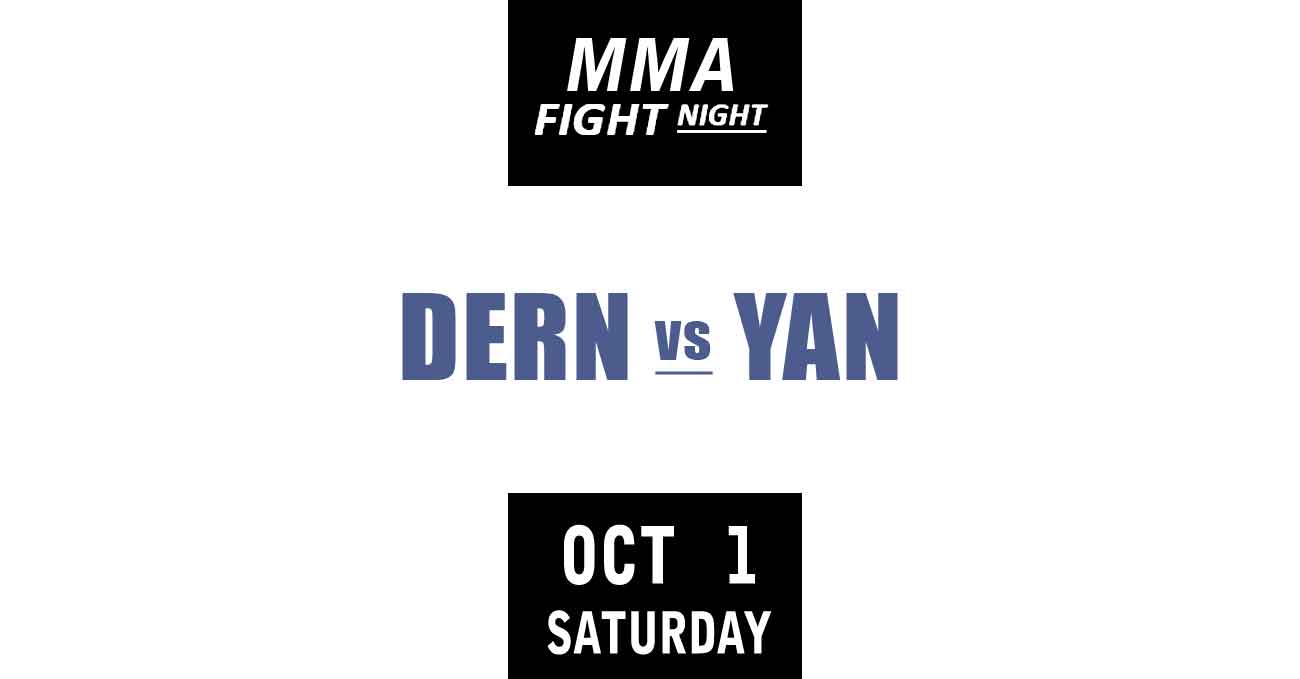 Review by AllTheBestFights.com: 2022-10-01, mma bout not so exciting: Mackenzie Dern vs Xiaonan Yan gets two stars (take a look at our ranking of the Best Mma Fights of 2022).
Yan vs Dern is scheduled to take place Saturday, October 1st, at the UFC Apex in Las Vegas (Nevada, USA), in a 5-round strawweight (115 lbs, 52 kg) bout; it is the main event of UFC Vegas 61 (also known as UFC Fight Night 211 or UFC on ESPN+ 69). Watch the video and rate this fight!

Her opponent, Xiaonan Yan, has a mma record of 15-3-0 (47% submission victory rate – she has never won via ko/tko) and she entered as the No.11 in the strawweight division.
In her last three matches she has beat Claudia Gadelha (Claudia Gadelha vs Xiaonan Yan) but then she has lost twice, with Carla Esparza (Xiaonan Yan vs Carla Esparza) and Marina Rodriguez.